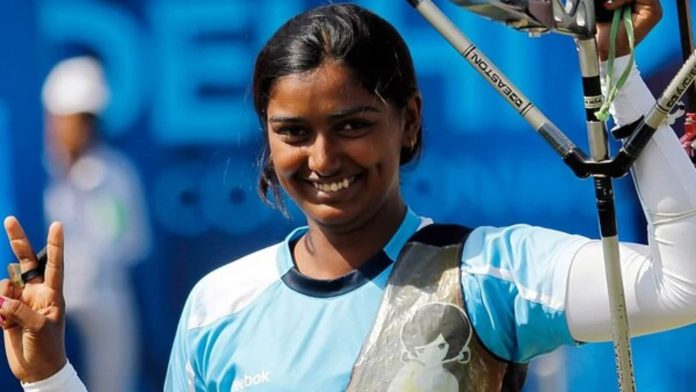 In the first open archery selection trials for Asian Games, World Championships, and World Cups on Sunday, Deepika Kumari, a three-time Olympian, made the top-16 cut.

As part of the women’s recurve event, Deepika, who recently became a mother a month ago, shot 2597 points out of a maximum of 2880 over eight rounds at 70 meters.

Atanu Das, the number one from the country in the men’s category and Deepika’s husband, placed second with a score of 2749 to make the top-16 in the men’s recurve.

The top spot, meanwhile, went to B Dhiraj with 2767 points, followed by former Olympians Tarundeep Rai, Pravin Jadhav, and Jayanta Talukdar. It was onlySachin Gupta, the reigning national champion, who failed to make the cut, finishing at 19th place

During the next two days, the top 16 will compete in round-robin matches to decide the top-eight archers.