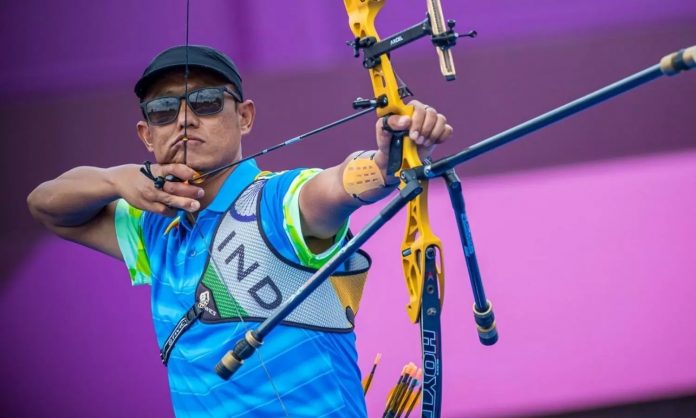 Veteran Indian archer and three-time Olympian Tarundeep Rai bid adieu to his third and final Olympics appearance after succumbing to a loss in the second round on Wednesday.

Coming from a superb 6-4 win over Oleksii Hunbin of Ukraine in the first round, the 37-year-old was slated to face Itay Shanny of Israel in the second round at the Yumenoshima Park.

The two time World Championships silver medallist, who displayed a brilliant performance against Hunbin earlier, coming from behind to defeat the Ukrainian 6-4, showed a similar recovery against Shanny, from trailing 0-2 to leading 5-3.

However, the 15 years younger Israeli, who is seeded 92nd, showed his dominance at the death, shooting three 10s from the final four arrows to defeat the Indian veteran Army man.

This was Rai’s second consecutive round two exit from an Olympics, after meeting the same fate at the 2012 London Games. The 2005 Arjuna Awardee and 2020 Padma Shree Awardee, who hails from Namchi in Sikkim, made his debut at the Olympics at the 2004 Games in Athens.

A pillar in the sport of archery in the country, Rai’s Olympics career may have ended without a medal but he remains one of the pivotal figures behind the development and progress of the sport in the country.