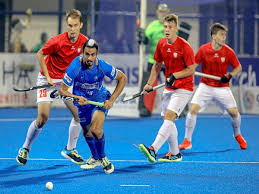 The Indian men’s hockey team is all charged up for the upcoming match against Belgium in the Junior World Cup at the Kalinga Stadium on Wednesday and 17-year-old striker-cum-drag-flicker Araijeet Singh Hundal is confident that his team has learned from their mistakes and will give their best in the last eight matches. The Indian men’s team quickly lost their energy and it became a major factor for their loss. This time around, the members have kept that in mind and will be saving up their energy until the last minute. In the quarterfinals, the team cannot afford to lose to Belgium.

Araijeet mentioned that they had a team meeting. All the forwards were present to discuss their strategy. Team India’s first game was against France and it was not a very good game as the players didn’t take their opponent seriously and hence had a humiliating defeat. One single mistake on their part would cost the entire team and the nation a medal.

“I feel we took our first match (against France) too lightly, but have learned from our mistakes. We are fully charged up for the quarterfinals against Belgium. We had a meeting, especially for forwards, today and we know even one small mistake or a slight drop in energy will cost us dearly against Belgium. We are focused on playing our ‘A’ game against them.”

Hailing from Amritsar, the youngster was introduced to the game by his father, Kuljeet Singh, who was a former railways player. The youngster quickly made an impact as a forward player but his drag-flicking skills needed some work. The lad worked on his drag-flicking skills under the mentorship of senior hockey players Rupinderpal, Harmanpreet, and Varun Kumar. The youngster had the chance to interact with the senior players at the national camp 2020.

“My interactions with Rupinderpal and Harmanpreet were very helpful. They said my technique was good, but I needed to pay more attention to my footwork and release of the ball. I worked a lot on my timing, power, and shoulder movement after coming to the camp.”