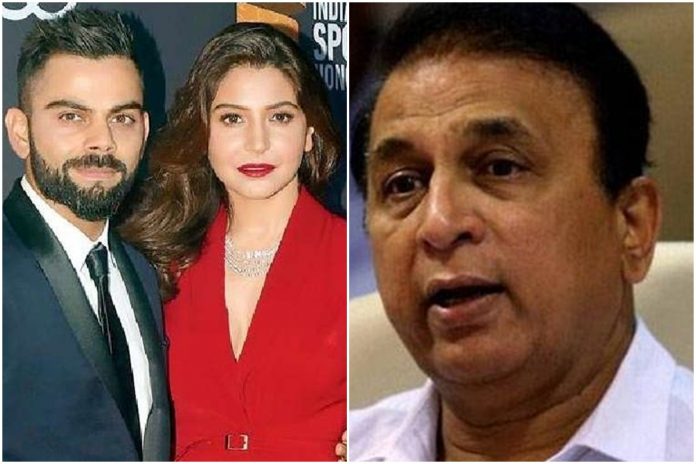 Anushka expressed her displeasure with the choice of words of commentator Sunil Gavaskar and for once again being included in criticism of Kohli on social media platform, Instagram.

Sharma asked Gavaskar, “I would love for you to explain why you thought of making such a sweeping statement on a wife accusing her for her husband’s game? I’m sure over the years you have respected the private lives of every cricketer while commentating on the game. Don’t you think you should have equal amount of respect for me and us?”

Who's the person who twisted his words and tweeted first? pic.twitter.com/GUwKESCGeX

Sunil Gavaskar comments in yesterday’s game could put the commentator in deep waters after he attributed Virat Kohli‘s poor display to having trained only against his wife Anushka Sharma’s bowling during the lockdown.

Cricket legend and commentator Gavaskar made a surprising remark which was not received well by fans and Anushka Sharma. Gavaskar mentioned Anushka while criticising her husband and said that the RCB skipper only trained against Anushka’s bowling during the lockdown.

In the commentary box, Gavaskar had said: “Ab joh lockdown tha to sirf Anushka ki bowling ki practice ki unhone, wo video dekhi hai (reference to a viral video), usse to kuch nahi hona hai (During the recent lockdown he only practised to Anushka’s bowling, I saw a video. But that is not going to be enough)

People and fans on Twitter slammed Gavaskar for his ‘distasteful’ comment and demanded an apology for dragging Virat’s wife Anushka Sharma in the commentary for no apparent reason.

– Sunil Gavaskar did not use double entendre

Gavaskar was part of the commentary box during the match between Kings XI Punjab and Royal Challengers Bangalore in Dubai.

Gavaskar was referring to a video clip that went viral after it was posted on a Kohli fan page. In the video, Kohli can be seen bowling to Anushka before taking to the stumps. The video then shows Anushka bowling to him.

Gavaskar’s remark, however, did not go down well with Kohli’s fans, with some urging the BCCI to remove him from the commentary panel.

The match between the two teams saw RCB-led Kohli suffer a huge 97-run defeat. Kohli dropped his KXIP counterpart KL Rahul twice, and the right-hander went on to score an unbeaten 132 off 69 balls.

A post shared by Royal Challengers Bangalore (@royalchallengersbangalore) on Sep 24, 2020 at 7:00am PDT

KL Rahul’s innings included 14 fours and seven sixes. In the 19th over, he hit Dale Steyn for 26 runs before hitting Shivam Dube for a four and two sixes in the final three balls of the innings. Kings XI Punjab went on to score 206 for 3.