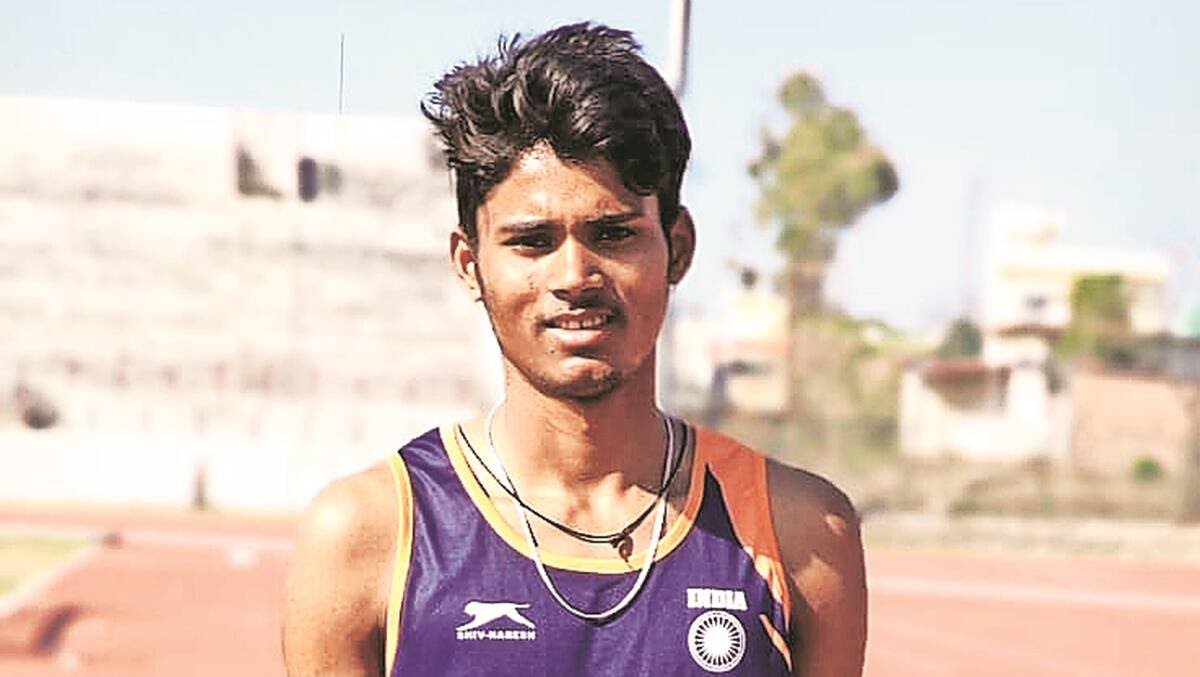 The 2018 Junior Asian Athletics Championships produced a new star–Anu Kumar. Expectations were running high, and Anu had hoped that his life would take a better turn, but tragedy strikes when you least expect it.

First came his ankle injury. He was one of the favourites at the 2018 Youth Olympics but Sreekiran Nandakumar proved to be faster than him. The agonising defeat was not the end of it, he suffered a bad ankle injury and he had to undergo an MRI scan to determine how grave the injury was. It turned out that his cartilage was severely injured. The injury kept him away from any other championships.

To make matters worse, the lockdown forced the Indian Athletics department to halt all their activities and events. It was not until March 2021, that the Federation Cup in Patiala was announced.

Anu was still recovering and training hard when he got a call from home that conveying the heartbreaking message of his father’s death. Anu’s father, Mahipal Singh used to work as a gas cylinder delivery man in Haridwar, but he lost his job due to the pandemic.

After the heartbreaking news, Anu had lost all hope and desire to compete in championships and bring back home honour.

“My recovery was complete and I was doing really well. I received a call at 5:00 AM and I could not process what had happened. I still can’t. He was my biggest supporter and best friend. I shared every minute detail of my sport and life with him. It was his dream to see me run,” he said.

The loss was so great for him that he refused to train or even step out his house for days until his brother-in-law pushed him to get back on the tracks to honour his father’s memory.

The 2018 Asian Champion is now to take part in the upcoming U20 World Athletics Championships in Nairobi. The youngster is pretty confident about his future considering he is still pretty young.