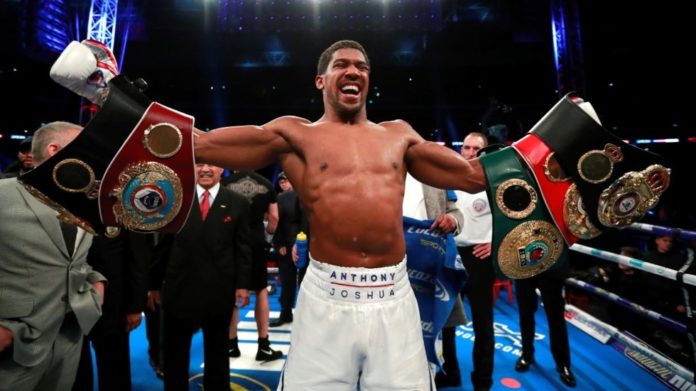 The biggest star in British Boxing Anthony Joshua is all set to fight on April 14, even though the opponent has not been revealed yet, the venue which is Wembley Stadium was booked way before Anthony Joshua’s title defence against Alexander Povetkin in September.

Even though the fans were furious as to why he didn’t fight American heavyweight champion Deontay Wilder who would eventually fight Tyson Fury earlier this month in what is described as the biggest heavyweight fight on the American soil in the last fifteen years. 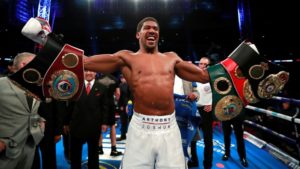 There were talks about the Wilder side even paying the British star $50 Million to fight him next. But the promoters of Joshua i.e Eddie Hearn has repeatedly said that they have never received any such offer.

However, Joshua revealed that the American’s offer wasn’t as simple as the public made it out to be.

He said: “It’s the first time I’ve ever really had issues on the financial side with a fighter.

“So, let’s say that fifty million we talked about. Listen, it’s a hell of a lot of money and it was an honour to even have that number thrown at me!

“But then when you dissected it and what it actually it was, it was kind of like a rights fee – ‘We own you for this amount of money’.

“The issue I had was that I’ve got long-standing contracts in place with certain partnerships. So you may put that money forward and think that you own me 100% but you may only own 50% so that makes their 50% worth 25%.

“So when you start getting into the intricacies of a contract and what the real value is, that’s when that starts taking place.

“So the $50m was unbelievable, it’s a great number, but there are things in place that don’t make that $50m worth it to the person paying it.”

As of right now, it looks like we might not see Wilder vs Joshua in April of 2019 either as the British star has hinted about fighting his former rival Dillian Whyte.