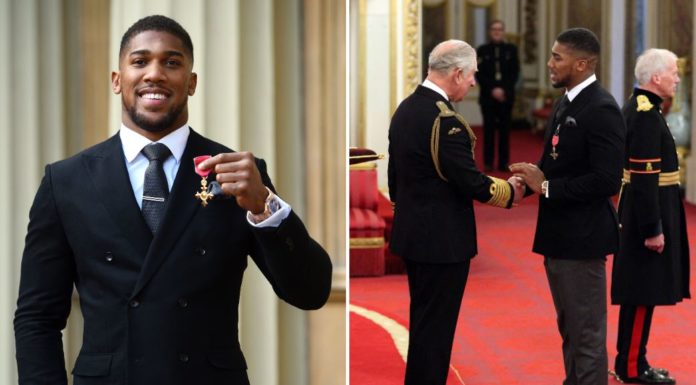 Unified WBA, WBO, IBF world heavyweight champion Anthony Joshua has been awarded his OBE by Prince Charles in a ceremony at Buckingham Palace on Thursday.

He was awarded an MBE five-years ago in 2013 for achieving a Gold medal at the London Olympics. Prince Charles awarded the 6ft6in tall Joshua his OBE and the pair were photographed shaking hands and then in discussion in front of the packed audience.

Joshua was dressed well to the occasion in a black suit jacket and grey trousers and accepted the royal honour from the Prince of Charles. 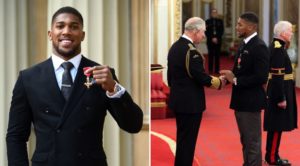 Joshua said that boxing “helps people from different backgrounds” and also added that he wants to fight Deontay Wilder at the Wembley Stadium next year.

“So I don’t know what more I have to do to get that message across. He’s more interested in fighting Tyson Fury. Tyson Fury holds no world titles.

Who do you guys want to see Anthony Joshua fight next? Should he fight Wilder or Fury?