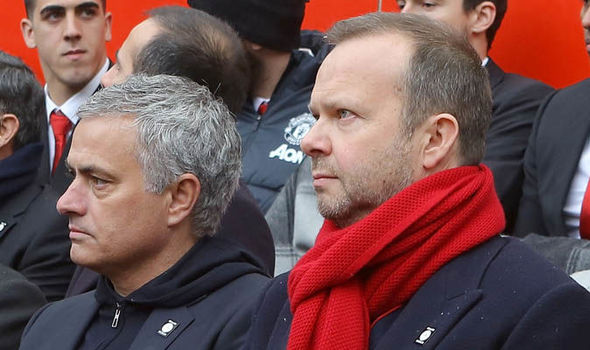 Jose Mourinho’s Manchester United is not all smooth sailing at the moment. There have been rocky waves and high tides in the form of Premier League rivals and a second place finish in the Champions League. Although Jose wants to change things in the roster, the higher ups arent on board with the idea. 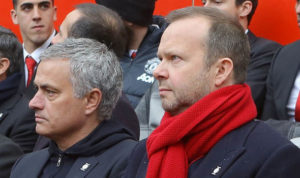 Just a week after Mourinho’s agent, Jorge Mendes, issued a statement claiming United were “very happy” with the Portuguese manager, he is on another feud with executive vice-chairman Ed Woodward.

In the summer, a Mourinho move for Toby Alderweireld was vetoed against and now when Victor Lindelof is injured and Phil Jones is underperforming , no one in the board room seems ready to go for a centre back in January.

United have been linked with a number of players, including Alderweireld (again), Kalidou Koulibaly of Napoli and Inter Milan’s Martin Skriniar.

Mourinho wasn’t happy with the absence of the Glazer family during the Valencia match. A source close to Mourinho reportedly told the Telegraph: “Nobody important from the board of directors was there in Valencia. We are near the beginning of the transfer window and nobody knows anything.