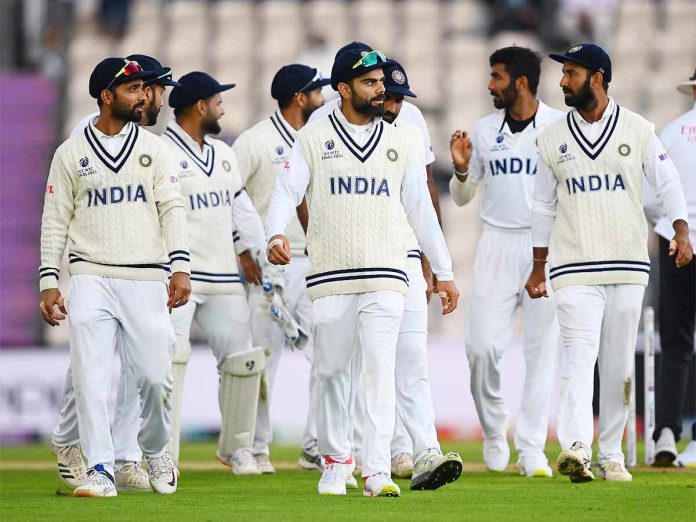 PTI had reported that Wriddhiman Saha, bowling coach Bharat Arun and standby opener Abhimanyu Easwaran have been isolated as they are deemed close contacts, and will not join the team bubble in Durham.

The team was given a three-week break after the ICC World Test Championship final concluded as they lost to New Zealand. Players and their families were given the opportunity to rejuvenate ahead of the England series.

ALSO READ: ENG vs IND: Rishabh Pant tests positive for COVID; will not travel to Durham

The development comes after BCCI secretary Jay Shah sent an e-mail to the Indian side and warned them about the sudden peak in the cases of COVID-19 in the United Kingdom.

Shah, in his letter, instructed the players to “avoid” crowded places as Covishield, the vaccine which has been given to the team only provides protection, not full immunity against the virus.

BCCI Vice President Rajiv Shukla had told PTI: “Yes, one player has tested positive but he has been in isolation for the last eight days. He was not staying in any hotel with the team, so no other player has been affected.”

“As of now no other player has tested positive. Also, you must be aware our secretary Jay Shah has written a letter to all players to maintain protocols,” Shukla added.

Pant got infected by the Delta variant which has led to the rising number of cases in England. He was seen attending a Euro championship match last month and had even posted pictures on his social media accounts. He underwent a test after experiencing low-grade fever.

Rohit Sharma enjoys vacation with wife ahead of England series