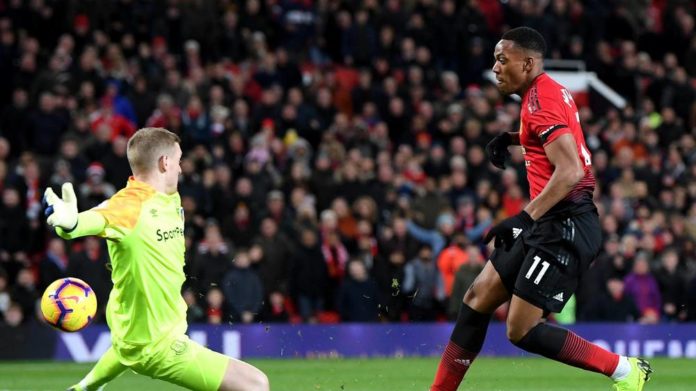 While Manchester United striker Romelu Lukaku has been having bad days in front of goal, winger Anthony Martial has been inspiring Manchester United to positive results with his shooting boots. The narrative has come down to such extremities that Lukaku was benched against Everton today and Martial found the net once again to secure a win at Old Trafford. 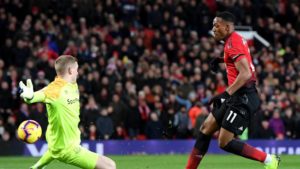 Paul Pogba rebounded in a goal after a controversial Pickford penalty save to make it 1-0. After the break United doubled the lead through martial who scored his 4th goal in 3 games and this time it was another first time curler from 20 yards into the far corner.

Everton scored through a Sigurdsson penalty after Smalling upended Richarlison and Everton fought for a way into the game but the Reds held on.

The result leaves Jose Mourinho’s United in eighth place with 17 points from 10 games, two points and one place above Everton.