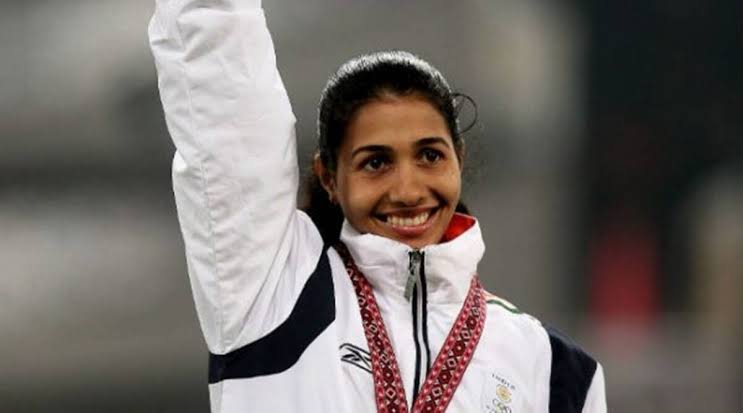 Anju Bobby has been bestowed with the Woman of the Year Award by the World Athletics due to her contribution to the athletic community. The award had taken her by surprise. For her the award is equal to winning a Grammy award or a FIFA world award. She is happy that this cycle of nurturing young talents will continue to produce future champions.

“It’s a big surprise. It’s like winning a Grammy Award or a FIFA World award. More than all my achievements, what matters is what we are giving back to society…to keep the cycle going, to produce future champions. I’m really happy that I’m able to do that,”says Anju, the current senior vice president of the Athletics Federation of India.
Anju is the only champion produced by the country who won a bronze medal at the World Championships in the Long jump category. She also finished fifth at the 2004 Athens Olympics. She was trained by Bobby George who is the chief coach at the Anju Bobby Centre of Excellence in Bengaluru.
She gives credit to Bobby as well, who made her the champion that she is today.

According to Anju they are not just honing talents for them to bring back medals, the duo is working to develop the community as a whole and give the youth a chance to do something for their future.
“And this is Bobby’s achievement too, more than half, because he is the backbone, allowing me to do all these things even now. When Bobby made me a World Championship medallist, he was a one-man army. But now, together, we are developing many athletes (at her Anju Bobby Centre of Excellence in Bengaluru). And it’s not just that we are making champions, it’s all-round development and community development also.”