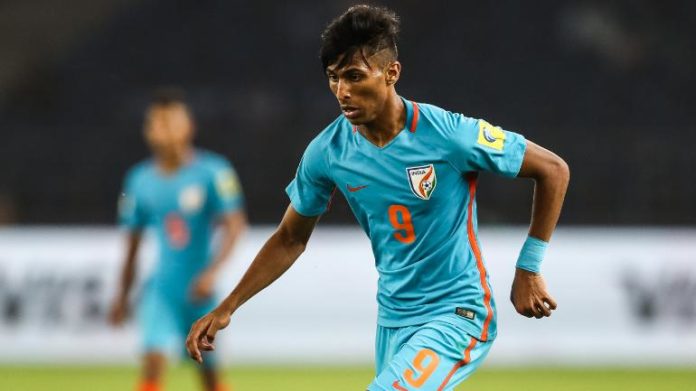 A 7-year-old boy travelled from Kolhapur to Mumbai via Pune to pursue his dream. A story straight out of a Bollywood movie, from rags to riches. The journey of the 19-year-old striker Aniket Jadhav.

“I will represent India in the World Cup,” was a note he had stuck on his cupboard during the hostel days. He overcame several obstacles to get selected at the Mumbai trials for 2017 FIFA U-17 World Cup.

Aniket made his way from Kolhapur to Pune FC’s (now defunct I-League side) youth squad by the Krida Prabodhini School (an initiative of the Maharashtra government to help sportsmen from under-privileged backgrounds). He started as a long-distance runner, but coach Jaideep Angriwal from Krida Prabodhini helped him to follow his football dreams.

He won the golden boot in the 2014 Bayern Munich Youth Cup. He got the chance to represent India in Bayern Munich Youth Cup World Finals in Munich. After turning out for Indian Arrows in two successive I-League seasons, last year he got a massive 3-month trial opportunity at the renowned English club, Blackburn Rovers’ academy. 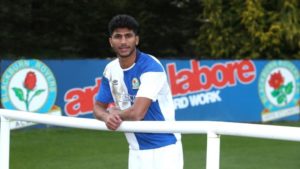 Aniket impressed quite a few people over there but the manager of the senior side, Tom Mowbray said that despite being an enthusiastic and energetic player, he lacked certain habits that the top players usually develop from the grassroots. He also pointed out that Aniket’s peripheral vision wasn’t up to the mark.

After his return from the UK, Aniket, who was the ball boy in the first two editions of ISL, made his debut in Jamshedpur FC colours in the 2019-20 season. He scored a sumptuous goal in his second game against Hyderabad FC.

In an exclusive interview with Sports India Show, Aniket opens up about his journey.

SIS: How are you dealing with the current situation?
AJ: I am staying at home and trying to keep myself fit. I am working out at home and doing yoga to keep my mind and body fit.

SIS: How did a boy from Kolhapur fall in love with football despite belonging from a state famous for cricket?
AJ: In my neighbourhood, most kids used to play football. My dad was a football fan, and I accompanied him to watch the matches and got inspired to play football. My family and coach Jaideep sir has supported me throughout.

SIS: What role did Jaideep Angriwal play in your career?
AJ: During weekends, I used to play football with my friends for fun. That is where Jaideep Sir spotted me. He called me and told me that if I wanted to play football, then he will help me in practising seriously. That is how it all began.

SIS: Which footballer inspired you the most?
AJ: CK Vineeth is my idol. I am also inspired by Neymar and Cristiano Ronaldo.

SIS: What was it like for you to represent the country in a World Cup? What did you learn from an iconic competition like that?
AJ: It was a dream come true for me. Everything surrounding the tournament was surreal, from playing against International sides to the crowd support. I felt my hard work paid off when I got selected in the team.
I learnt a lot throughout the tournament. We learnt from the differences between Indian football and International football. We got to know where to put more effort and in which areas did we need to develop. Overall, it was very good exposure for us and a learning curve which will help us develop into better footballers.

SIS: DID you speak to Tom Mowbray about his statements on you?
AJ: Yes, the day he gave the statements I went up to him and asked him how to improve. He guided me and gave me some specific training methods. I followed them and it helped me grow further.

SIS: What was the experience of playing ISL?
AJ: When I was a ball boy I used to watch the players from the sideline and always told myself that one day I will play with them. I finally got my opportunity when Jamshedpur FC signed me. I was very excited. I knew I would have to work harder to stay afloat.