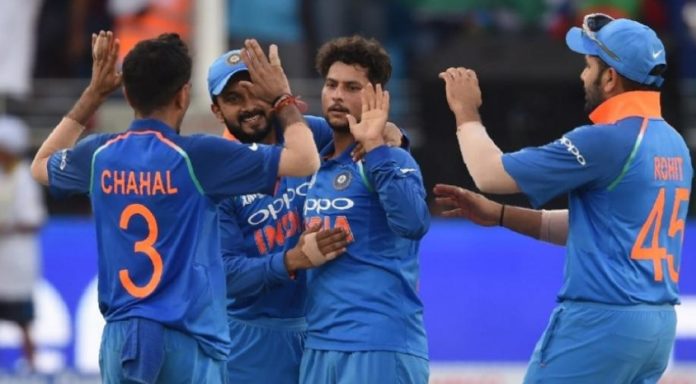 The past one year has seen the Indian cricket team dominate not only with the bat but also the ball. But it’s time to find out who has been the best bowler amongst that group. 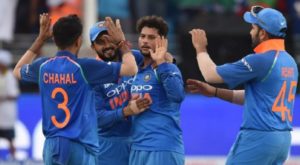 There have been a number of bowlers who have come and gone for India post the 2015 world cup. When it comes to pacers, the likes of Bumrah, Shami and Bhuvneshwar Kumar have performed exceptionally well and will now for sure make it to England in June, unless any injury woes come their way.

There was a time when India wasn’t regarded the country that produced pacers. But now they have aged well to produce world class talents that go to every country and decimate any batsmen put in front of them.

But even while the pacers are in exceptional form, exceeding every expectations, India tend to hold the edge over other countries mainly in the spin department. Post the initial powerplay, India continue to hold a grip over their opponents due to their spin attack at display.

And while talking about spinners, it wouldn’t be fare to omit the spin duo of Yuzvendra Chahal and Kuldeep Yadav. Kuldeep, who edges Chahal in the slightest of margins can easily be deemed the country’s current best bowler when it comes to the ODI setup.

Kuldeep started as a fast bowler in his early days but soon figured out that it was not his cup of tea. He then wasted no time and quickly transformed into a chinaman bowler – a rare group of bowlers who can bowl left arm leg spin.

He set the 2014 Under-19 World Cup alight by becoming India’s leading wicket-taker in the tournament, along with becoming the first Indian bowler to take a hat-trick in the history of the tournament. Following the tournament, he quickly caught the eye of the selectors and started taking giant strides towards making his dream become a reality.

Finally he made the cut in the 2017 tour to Windies and subsequently made his debut in the 1st ODI. He ended the series as the leading wicket taker picking 8 wickets in 5 matches that included two 3 wicket hauls. In the remainder of the year, Kuldeep did not get much of a chance but kept chipping with wickets in the limited outings he got. He even went onto register a hat-trick vs Australia that saw him become just the 3rd Indian to do so in ODIs.

The much needed break for Kuldeep came in the first series of 2018 as India headed for the tour of South Africa. The ODI series was completely dominated by India and they eventually won it 5-1. But the majority of the success in the rainbow nation was solely due to the performances from the chinaman. Him along with Chahal bowled beautifully and went on to pick up 33 wickets leaving the South African batsmen stranded in front of the wickets.

Kuldeep registered a performance that left people in awe. He picked up 17 wickets in his 6 outings at an astonishing economy of 4.63.

Thus the tour of South Africa saw Kuldeep fulfill any doubts people still had with him. In fact it can be openly stated the team no longer required the services of both Ashwin and Jadeja. They had found a perfect replacement with the Kuldeep-Chahal pair.

Kuldeep continued with his stupendous form as the side post IPL departed to the all important tour of England. Even though India went onto lose the series 2-1, Kuldeep emerged as the leading wicket taker yet again. This time he registered 9 wickets in the 3 matches at a whooping average of 16.44. The first ODI that saw India register a comprehensive win was solely due to the efforts of Kuldeep, who went on to pick a career best 6-25.

The test series vs England saw the team getting beaten comprehensively. Kuldeep, who got a single game to prove his worth too saw no luck shine on him after he was left to showcase his skillset in a bright green wicket that solely assisted the fast bowlers.

The Asia Cup being conducted post the England tour came as a blessing in disguise for the players as they got an opportunity to redeem themselves. They did just that, remaining unbeaten in the whole tournament, winning each game comprehensively which included beating the arch rivals Pakistan and lifting the all elusive trophy.

From Kuldeep Yadav’s perspective, it was another tournament that saw more success follow him. In the first match against Hong Kong, he became the second fastest Indian to bag 50 wickets in One-Day Internationals, reaching the feat in 24 matches. While former fast bowler Ajit Agarkar had made this record in 23 matches, Kuldeep achieved the same in 24 matches.

At the world level, Kuldeep became the third fastest bowler to take 50 ODI wickets. He was only behind the legendary Dennis Lilly and Hassan Ali who jointly shared the second place and Ajantha Mendis who was at first having achieved the feat in just 19 matches.

The Asia Cup saw Kuldeep become the leading wicket taker for the third consecutive series after he picked up 10 wickets along with Rashid Khan.

When Windies were to tour India later on that year, expectations were already set very high for Kuldeep. People expected him to emulate the performances he showed throughout the year.

Living up to their expectations, Kuldeep for the fourth successive series emerged as the leading wicket taker. This time he took 9 wickets in 4 matches.

Kuldeep is now on a mission of decimating the New Zealanders in their own backyard after having picked up 2 four-fers in the first two ODIs. By doing so he has also become the first bowler to achieve that feat in NZ.

Also Kuldeep as managed to equal the record for most four-fers outside Asia for India joining with the veteran leg spinner Anil Kumble who stands on 5. While Kumble holds the record after having played 94 games, Kuldeep has done it in his just 18th game.

Summing up all his performances for India in ODIs so far, Kuldeep has played 38 matches claiming 77 wickets. He now has the second highest wickets in the world after having played these many games.

With an exceptional 2018 and a bright start to 2019 already, Kuldeep along with support from his teammates will look to carry forward this superb form into the 2019 World Cup and take his side as far as possible in the competition.

Leading from the front is my job, says Dinesh Karthik after...

Cricket: From cricket to Bollywood, there is no realm Virat Kohli...