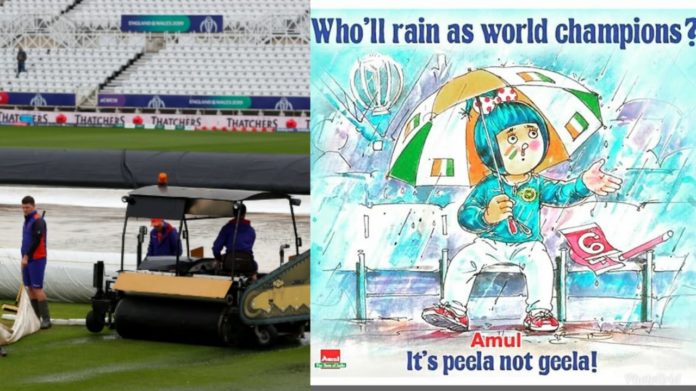 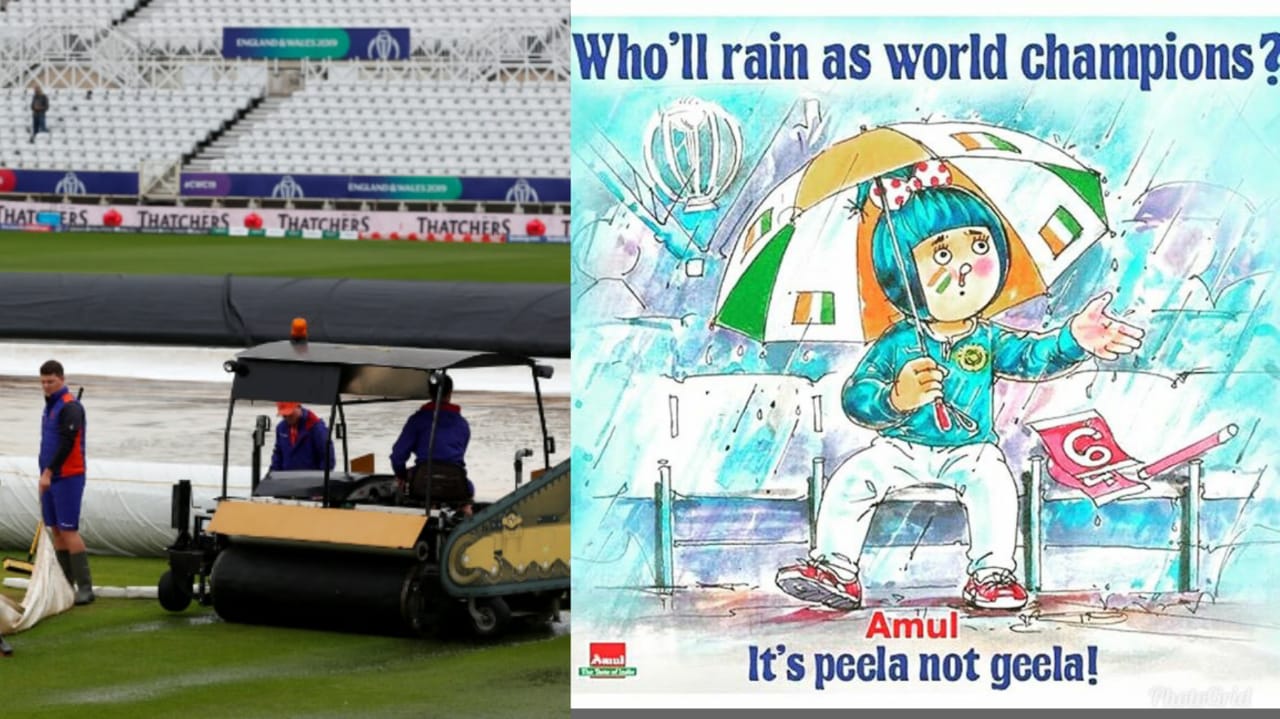 We are only 19 matches into the 2019 Cricket World Cup, and rain has already won 4 of them. There have been 4 washouts so far and this is the most in any World Cup so far. The latest upset affected the fans of India and New Zealand.

Most people on Twitter now are chirping about how rain sits on the top of the table with 8 points (4 washouts). However, the brand Amul took it a step forward as it came out with yet another punny creative.

Rahul da Cunha, one of the three mainstays at the Amul creative team tweeted out the latest creation from the brand.

The creative shows the brand icon, the Amul girl, sitting in the stands with an umbrella over the top of her head. She is shown to be waiting for the rain-gods to show some mercy and go away. There are posters reading 4 and 6 kept beside her which are for the match.

Our take on matches being washed out at CWC '19! pic.twitter.com/5gboxbyjpv

Amul has always been on point with its punny creatives. Not long ago, when Yuvraj Singh decided to retire from the game, Amul something then too.

And so the King of Sixers calls it a day… our take. pic.twitter.com/C3X8bms5UL

Though these creations have always left people asking for more, none of the fans would be willing to see something on the lines of rains to come up on Sunday. This is because India will be against arch-rivals Pakistan on Sunday, in Manchester.