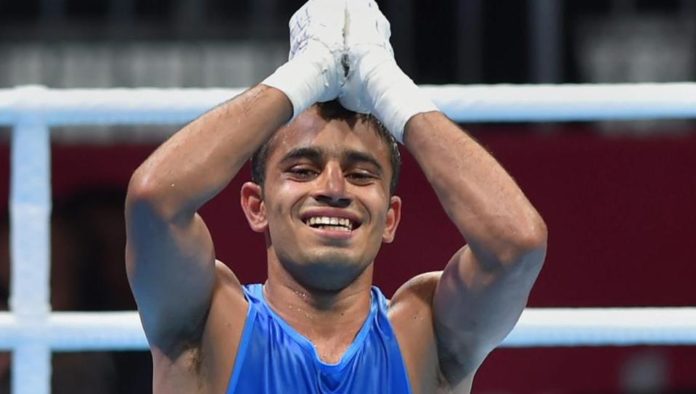 Amit Panghal, the 24-year-old  boxing champ made India proud when he won the silver medal in the World Championships. In an interview the young boxer opened up about his preparation for the upcoming Asian Olympic quantifier that is to be held in Wuhan, China. The boxer seems confident that next year India can expect 2 gold medals from the Olympics 2020 in the boxing category. The Olympic games is to be held next year in Tokyo. After boxers like Vijender Singh and Mary Kom brought medals home, the nation’s hope increased. 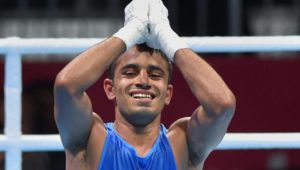 India has focused more on the training of boxers after winning medals in the country. Amit believes, the boxers have worked hard on their strength and technique and will give tough competition to other boxers in the game.

“Our performance in boxing in the recent times has improved by leaps and bounds. We have won many gold medals, whether it be at the Commonwealth Games or Asian Championships, or World Championships. ”

Indian boxers have not yet brought home a gold medal. Previously, Mary Kom and Vijender Singh both won bronze medals. The former won it at the London Games 2012 and the latter won it at the Beijing Games 2008. By next year, India may already have a gold medalist in boxing.

Amit also shared his opinion on the clash between Mary Kom and Nikhat Zareen.

“Mary Kom is a star in India boxing. According to me, it doesn’t matter for Mary Kom if there are trials or not because she doesn’t need to prove she is the best as she has already proved that. But, even if the trials do take place, I don’t think so that Mary Kom should be worried about anything as she can handle these things quite easily.”

The boxing champ is currently a part of the Gujarat Giants and will be taking part in the Big Bout Indian Boxing League apart from the Olympics.