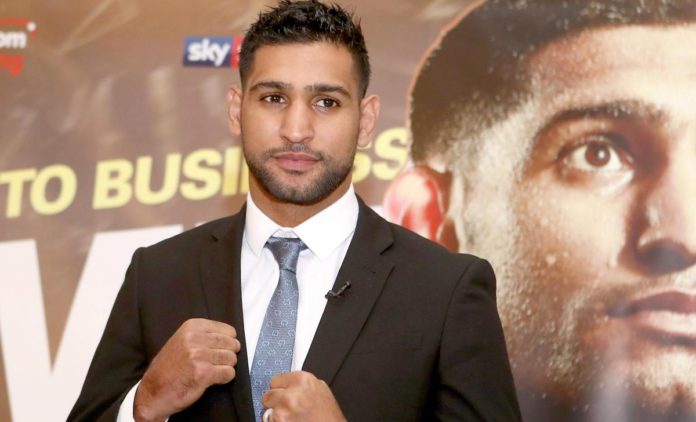 Amir Khan has been offered up to $5 million to fight Crawford on March 23rd for ESPN pay-per-view (PPV). Khan was in possible British super fight against his local rival Kell Brook, a fight which has been due for the fans for almost six years now. 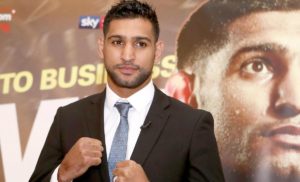 Brook, meanwhile, returns to action this weekend with a fight against an unknown Michael Zerafa in Sheffield.

‘Fighting for a pound for pound title would be amazing. To win it would be even better so I think I’m in a position where I can get that fight with the pound for pound champion at the moment,‘ he told Sportsmail.

‘The Brook fight is always going to be there, it’s for no title whereas I’m getting offered a world title and the pound for pound title so why not?‘

According to Khan, he expects to make the deal official in the next few days with press conference right around the corner. He has always wanted to fight Manny Pacquiao and Floyd Mayweather but those fight never came to fruition.

Amir Khan says that Kell Brook is "fooling the British public" and claims he could pursue a world title shot if the pair do not fight next 🥊 pic.twitter.com/vkkmYusubt

‘The pound for pound title to me would be massive and when will I ever get the chance to fight for it (again)? And not only that, when will it be in the welterweight division which it is at the moment,‘ he added.

‘Say I take the Brook fight, it might not be there then and I might not get the opportunity again. But I do want to fight Brook, 100 per cent. That’s the reason I did the deal with Eddie Hearn.‘

Terence Crawford is regarded by many as the best American fighter and also the pound-for-pound No. 1 by many experts.