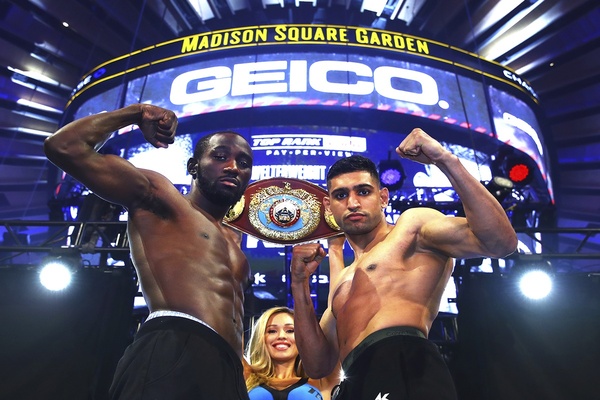 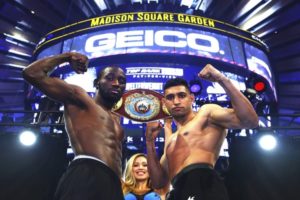 The fight will not be shown live on terrestrial TV in India but instead will be available for purchase on Fite TV pay-per-view and will cost boxing fans $9.99 to watch the whole undercard which will feature Teofimo Lopez vs. Edis Tatli, Shakur Stevenson vs. Christoper Diaz.

When will the fight start?

This will be Terence Crawford’s second defence of his WBO welterweight title. He won the title back in 2018 when he knocked out Jeff Horn and then went on to defend his title against Jose Benavidez.

Amir Khan, on the other hand, made his ring return exactly a year ago on 21st April after a long layoff of two-years ever since he was brutally knocked out by Canelo Alvarez back in 2016.

In his ring return, he fought Phil Lo Greco whom he knocked out within a minute, but his next fight against Samuel Vargas was a tough one where Khan was knocked down once and had to fight hard to claim his victory against the tough Colombian.

This clash between Khan and Crawford is guaranteed to be fireworks because of both the fighters style. Khan is known worldwide for his blistering hand speed, accuracy, and rapid-fire combinations which can trouble any fighter in the world.

Crawford, on the other hand, is a slow starter, a smooth, slippery switch-hitter who takes his time to study his opponents and he has the power and accuracy to knock Khan out, as it is known that Amir Khan doesn’t have a very hard chin.

Terence Crawford to win the fight via TKO in round 10.

Floyd Mayweather turns 42, relive the most controversial 42nd fight of his career