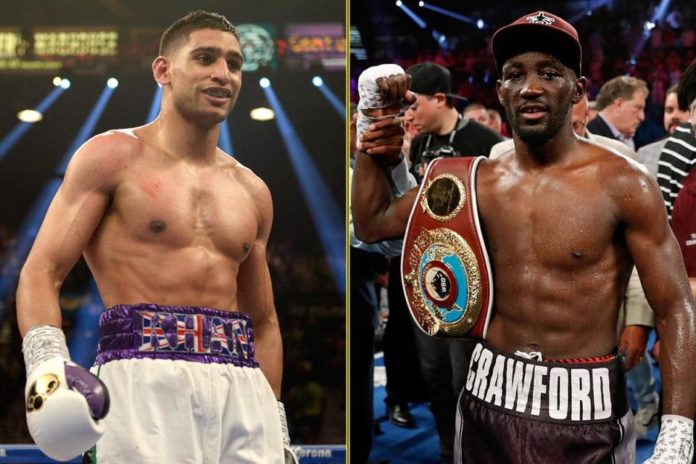 British boxing star Amir Khan is all set to fight pound-for-pound top fighter and current WBO welterweight champion Terence Crawford on 20th April in a venue yet to be decided.

The fight will air on ESPN pay-per-view. This is also ESPN’s first ever PPV. The venue might be either the T-Mobile Arena in Las Vegas or Madison Square Garden in New York. According to Bob Arum, the PPV will be moderately cheaper than recent boxing PPVs. 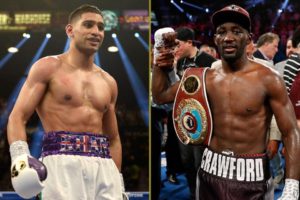 Amir Khan reportedly picked Crawford over his domestic rival Kell Brook, citing that a fight against Brook will always be there. Khan last fought against Samuel Vargas and was dropped in the fight as well, but he managed to grab a unanimous decision victory.

Terence Crawford is coming off of a spectacular 12th round knockout win over Joseph Benavidez last October in Omaha, Nebraska.

“It’s always been my goal to fight the best fighters out there, and I look at Amir Khan as one of the top fighters in my division,” said Crawford, who has won all 34 of his fights.

“I know some people are writing him off, but I am by no means overlooking him. He’s a former unified world champion, and come April 20, I’ll be looking to go out there to seek and destroy.

“I’m excited about this fight because I believe it can push my career to another level.”

“The decision as to fighting Kell Brook or Crawford has been one of the most difficult decisions of my career to date. Clearly, the UK fans want to see Khan vs. Brook, but I could not turn down the opportunity to fight for the WBO title. That is not to say that the Brook fight won’t happen, as I want that fight to happen as soon as possible.

“Fighting a world champion won’t be easy, but this is exactly the challenge I need at this stage of my career. I am fully motivated and ready for the best training camp of my life.

“Crawford is beatable, and I want that WBO title. It’s going to be one hell of a fight.”