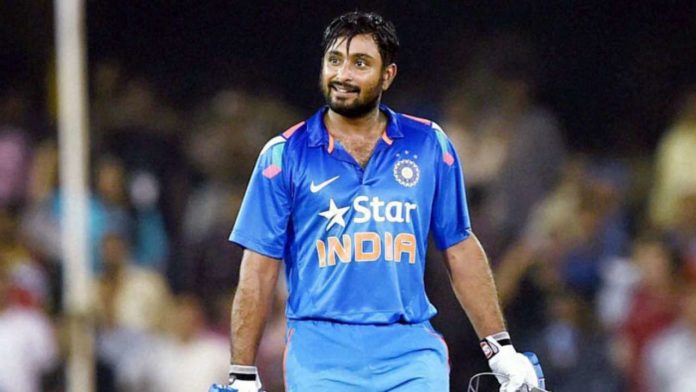 India have tried seven different batsmen at number 4 from Yuvraj Singh to KL Rahul to Manish Pandey to Dinesh Karthik but none of the players were impressive enough to cement their spot. With the World Cup only a few months away, Team India are placing their bets on Ambati Rayudu. The ongoing One-Day International (ODI) series against West Indies presents the 33-year-old with a great opportunity to convince Virat and Company.

Talking about the expectations of the team, Rayudu, in the pre-match conference on Tuesday, said that the responsibility in the middle order does not “pressurise” him at all. “I don’t think it is new for me as I have been batting in the middle order for long. There is nothing new that they have asked me to do,” Rayudu said.

Speaking on the his role in the World Cup 2019, Rayudu said that he preferred to stay in the present.

“To be very honest, I am just focused on this series at the moment and not really thinking too far ahead,” he added.

He was dropped from the Indian ODI squad headed for England earlier this year after failing the mandatory yo-yo test. “I have been working on my fitness right from my injury. I don’t think yo-yo test had any bearing on how I was preparing or how I was going about my fitness. Even now I am going to the NCA, there is a small pocket of free time for a week and I am happy that I cleared the test.

“I think even before the IPL, it’s not that I was not in contention. It’s just that I had few injuries. IPL was good platform to come back strong, especially on my fitness.”

In the two Tests as well as the only ODI played so far, the West Indies bowling attack was not able to challenge the Indian batting enough, something that has so far deprived the home team of a chance to test its middle-order ahead of the 2019 showpiece event.

Asked about it, Rayudu did not read much into it.

“Obviously it’s great that top three are doing so well for India. It’s a challenge for the middle order to always be ready to get in and bat. I am sure everybody is up for it, everybody knows the situation.

“It’s just one game (the first ODI in Guwahati), I think they bowled really well and it’s just that Virat and Rohit batted brilliantly. They will pose a good challenge in the coming games,” he said.

Ambati Rayudu made his debut in 2013 against Zimbawe. He is a complete package as he is someone who can play both spin and fast bowling with ease, and who can swing his bat and hit those big shots at the death overs something that was on display earlier in the IPL this year.