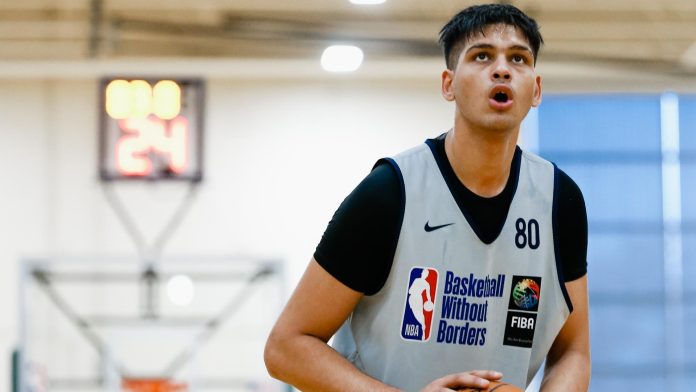 If you haven’t heard about this guy, let me introduce you. Amaan Sandhu is a 7-foot, 260-pound center from Mohali, India. It isn’t hard to notice Sandhu since he towers over the majority of his competition, and he could be a game-changer in the future when it comes to Basketball offshore betting. He was a dominant force in the paint in high school, where he attended First Love Christian Academy. Sandhu was an upper-classmen with no scholarship offers at First Love. Although things weren’t looking very promising, Sandhu kept his head down and remained determined to reach of his goal of a D1 scholarship.

On July 4, 2022, everything changed for Amaan Sandhu and his family. Monmouth University decided to offer Sandhu a scholarship. Monmouth is a Division 1 program located in West Long Branch, New Jersey. Monmouth made headlines the past few years with their deep runs in March madness. Sandhu gladly accepted the offer. The scholarship is well-deserved for Sandhu as he has been competing at a high level for many years now.

He is a gold medalist and has played for the Indian national team. In 2017, Sandhu decided to join the team at NBA Academy in India. Much of Sandhu’s development can be accredited to this academy and his training there. NBA Academy in India was formed to create more opportunities for a low-exposure environment. Even for players as talented as Sandhu, exposure to college and professional scouts/programs can be very hard to come by. This is expected since the majority of these teams are halfway across the world. However, exposure has tripled for athletes in India pursuing a career in basketball.

Sandhu is now the third player to receive an NCAA Division 1 scholarship after attending the NBA Academy in India. Two other females have earned themselves scholarships while Amaan earns the title of the first man out of the Academy to go D1. While he can use his height to his advantage, he must now develop a deeper set of skills as the competition will be at the highest he has seen now.

D1 basketball is nothing to play with and the talent level is the highest in the world when it comes to college basketball. This young man has dreams of reaching the NBA one day and I think he has a legitimate shot. His size makes him a huge attraction for many GMs. A dominant paint presence is something that will never be turned down by a coach. The game has seemed to move away from being a big man’s game. Nowadays, guards are taking over basketball and it is all about quickness. With the diminishing selection of big men, Sandhu should be seen as a diamond in the rough. We expect a very bright future for Amaan Sandhu and his family. We wish him the best as he takes his next step with Monmouth University.