Fitness enthusiasts and novices, who crave running long distances but have been shackled down due to the pandemic, can now participate in India’s first virtual marathon with app-based remote running introduced by the Adani Group.

These testing times have had several physical and mental setbacks for the major proportion of the country. Regular exercising while maintaining social distancing is a road taken by several to keep their health in check. November 29, 2020, will mark the Adani Ahmedabad Marathon’s fourth edition of the event. This time around, the event would be conducted in a different manner through remote running with GPS tracking the participants.

Much like the previous editions, the onus and the purpose of the run would be marked for the soldiers fighting on the border. #Run4OurSoldiers would be the heartbeat of the entire event, while runners will be dispersed and divided from their location, they will be united through the purpose. All of the proceeds collected through the registration fees would be donated to the welfare of the Indian Armed Forces.

In order to combat with the anxiety of the runners who would be unaware of virtual marathons, the Adani Ahmedabad Group will hold two build-up virtual events during the end of September and October. Apart from helping the runners get acclimatize with the format and get into shape, the mock marathons also aims to educate the runners about the precautions that are required to be taken against Covid-19. Adani Ahmedabad Marathon’s 2020 edition will also see renowned international athlete and coach Norrie Williamson as the Race Director.

Registration for the event will be open from August 15 with all of the necessary information provided at the marathon’s official website, www.ahmedabadmarathon.com, and also through social media outlets. The marathon, which has managed to accumulate 30,000 runners over the past three editions will have four different categories like usual.

Full Marathon, Half Marathon, 10Km and 5 Km fun run are the options available for the aspiring runners to choose from. Adani Ahmedabad Marathon, which gets kicked off on the last Sunday of November will have organizers sharing the guidelines to combat from the virus. The participants will also be asked to kindly follow the regulations set by the government and the organizers during the run.

Winners would be awarded with medals and certified recognition while participants who complete their category successfully would be eligible for T-Shirts and Certificates citing their completion. Armed force participants can compete in the marathon without any registration fee.

Pranav Adani, MD of the Oil & Gas sector of the Adani group was upbeat about the fourth edition of the event.

“The COVID19 crisis has reemphasized the need to build a healthy nation. Running is one of the best ways to boost our physical and mental health and bolsters our immunity. We have therefore leveraged a technology-led leap by moving the platform into virtual space thereby ensuring people’s safety and staying committed to the Adani Group’s vision of contributing towards the welfare of the Indian Armed Forces. Nothing can stop our #Run4OurSoldiers,”

Race Director Norrie Williamson claimed that the official app for the event has the option of tracking and monitoring runs right from the first build-up event among other features.

“The race app and post-event results have numerous features that will allow runners to plan and monitor their performance during and after the virtual events. It will allow each runner to have a completely new perspective on their performances in the virtual events.  From the very first event it will be possible for runners to choose to get some coaching and training advice towards their second virtual race and then on to the Adani Marathon distances on the weekend of 29 November”,

“This is about giving the runner the best possible experience over a three month period to race day and providing mechanisms that will result in pre-race motivation, a real-time race experience and meaningful comparisons of performance and post-race recognition and celebration,” said Race Director Norrie Williamson

Adani Group, is a diversified organization in India with combined revenue of $13 Bn and market cap of $29 Bn comprising 6 publicly traded companies. It has created world-class transport and utility infrastructure portfolio with a pan-India presence. Adani Group is headquartered in Ahmedabad, in the state of Gujarat, India. Over the years, Adani Group has positioned itself to be the market leader in its transport logistics and energy utility portfolio businesses focussing on large scale infrastructure development in India with O & M practices benchmarked to global standards. With four IG rated businesses it is the only Infrastructure Investment Grade issuer in India. 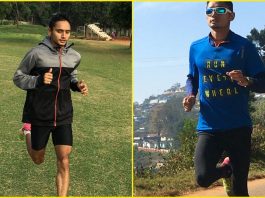 Meet Nirmit Dahiya: The 1500 metre runner trying to make it... 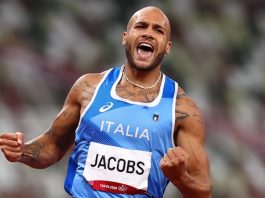 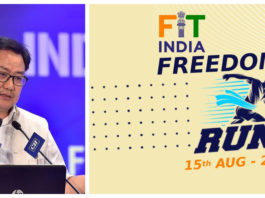