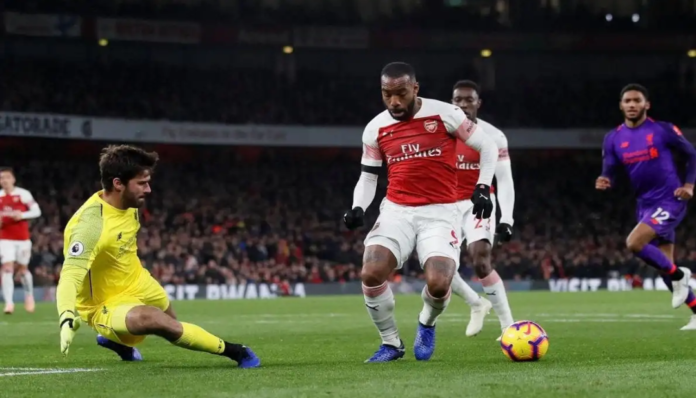 The Gunners were able to salvage a point against the mighty Liverpool side at the Emirates on Saturday. It was an even contest as Milner’s strike was cancelled out by Lacazette’s curler in the second half of the match. With this one point, Arsenal moved to the fifth position in the League Table with 23 points in 11 matches so far. Liverpool went to the top of the table with 27 points. However both Chelsea and Manchester City have the chance to get past them if they win their respective matches on Sunday. 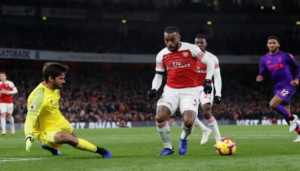 It was an absorbing contest in the first half and Sadio Mane’s goal was wrongly cancelled by the linesman. Though, Arsenal were the better side in the pitch, Liverpool took the lead in the match at the 61st minute of the match when Sadio Mane’s cross was saved by Bernd Leno; but the ball went straight towards James Milner. The experienced campaigner did no mistake to direct it towards Goal.

The Gunners were always in the match and the midfield was clearly dominated by them. Liverpool were mostly losing possession in the midfield and Fabinho was not much comfortable against Lucas Torreira. At the 82nd minute of the match, the substitute Alex Iwobi provided a brilliant ball towards Alexandre Lacazette. Lacazette curled the ball right into the Goal to salvage a point for the Gunners. Despite the draw, Unai Emery might appreciate the performance of his players against Liverpool and Arsenal would surely push hard to finish in the top four in this season.