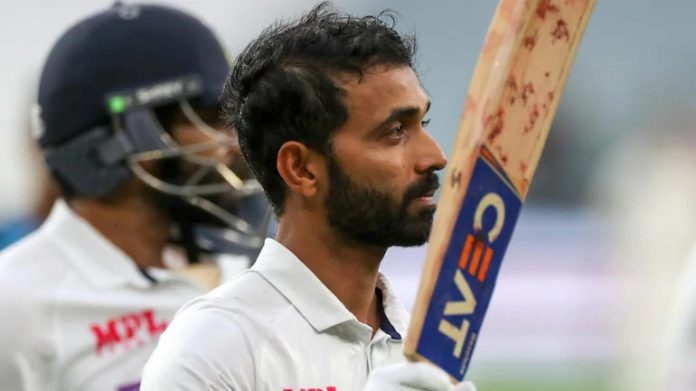 At the time when everyone had written off the beleaguered Indians in the Border-Gavaskar Trophy after the mauling in Adelaide, stand-in skipper Ajinkya Rahane stood firm and led the team from its Nadir to a momentous win in Melbourne. On the back of that dominating win in the Boxing Day Test, the most revered sporting event on the Australian summer calendar-India now find themselves facing another tough task of managing their injury-depleted squad. While India lost Mohammed Shami and Umesh Yadav-two key components of its bowling repertoire during the last fortnight to injuries, it has missed the services of veteran speedster Ishant Sharma with a side-strain.

To make matters worse, two days ago KL Rahul was the latest casualty with a wrist sprain-while Rohit Sharma missed out on the opening two Tests with a calf injury.

It’s been more than a year since Rohit last played Test cricket, with injuries ruling him out of India’s tour of New Zealand early last year and the first two Tests of this Border-Gavaskar series. Rohit is not the only opening batsman to make a comeback as David Warner is also primed to play in Sydney after missing the first two o Tests with a groin strain.

As the two teams approach the pink-Test at the iconic Sydney Cricket Ground, injuries and suitable replacements will top the team-meetings and team preparations.

The Indian team management is weighing its options for the third pacer’s slot with Shardul Thakur and Navdeep Saini in contention to replace Umesh Yadav. Mohammed Siraj’s has been a real boon, but India needs to dish out consistent bowling displays to contain the smarting Australian batsmen. Siraj was quick, accurate and did not hesitate to test the Australians with some short-pitched stuff-which yielded him five wickets in his maiden Test. Ravindra Jadeja and Ravichandran Ashwin in specific were brilliant and are most likely to keep their place given the spinner-friendly nature of the Sydney track.

Navdeep Saini, touted as the future pace spearhead, has come close to debuting in a couple of instances. This time, though, he looks closer than ever before to get the Test cap from skipper Ajinkya Rahane. He’s not without challengers though. Shardul Thakur, who has played a Test against West Indies, is the closest contestant while left-arm seamer T Natarajan is an outsider in the three-horse race. But Saini’s pace and ability to hit a hard length, two influential factors on Australian decks, should tilt the scales in his favour.

Ajinkya Rahane and the batting

In batting, Rohit Sharma is certain to play at the SCG and may replace Mayank Agarwal or Hanuma Vihari against Australia in the third Test. Just like Prithvi Shaw, Mayank Agarwal has struggled for form miserably. His scores in the series so far read 17 and 9 in Adelaide, and 0 and 5 in Melbourne-which makes for a meek reading. The maximum number of deliveries he faced in any of these 6 innings was 40. With debutant Shubman Gill impressing one and all at the MCG (45 and 35 not out), Mayank is in serious danger of losing his spot in the playing XI to the returning Rohit.

KL Rahul’s injury implies that Ajinkya Rahane will not force his hand at any further changes in the batting compartment. Ajinkya Rahane himself has been in good batting form, with a fighting hundred in Melbourne to show against his name.

Team permutations and combinations may vary depending on where Rohit Sharma is pencilled to play. If Rohit bats at number 5, then Hanuma Vihari will have to be used as an opener. This may seem unfair to Vihari but cricket is not an individual sport. Additionally, Vihari’s defensive technique and ability to absorb pressure could come in handy at the top of the order.

Cheteshwar Pujara’s form will be a cause of concern for the Team Management though. In the absence of Virat Kohli, Pujara’s role in the next two games becomes even more crucial since the vengeful Aussies will come out firing on all cylinders, particularly in the batting department.

There was a time when there was an air of inevitability when it came to teams touring to Australia and succumbing to the aggressive hosts. India changed that perception two years back and a win in the Sydney Test will only validate that!