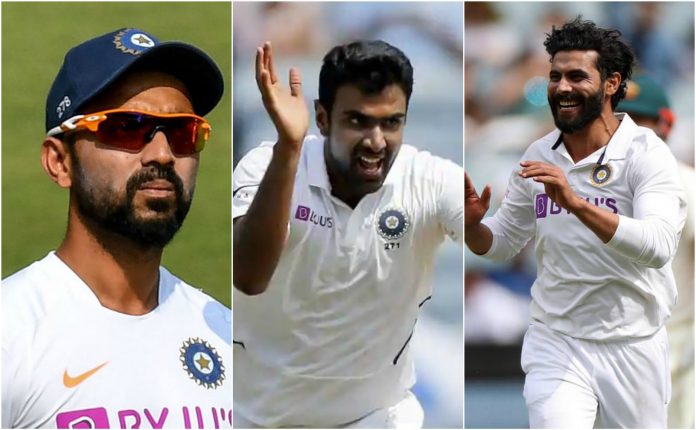 With the third Test between India and Austra is around the corner, team India has brought a few changes in the squad. While Rohit Sharma has returned as an opener, Navdeep Saini is all set to make his debut. However, stand-in captain Ajinkya Rahane backed the veteran spinners – Ravichandran Ashwin and Ravindra Jadeja, who both have done well in the last two Tests.

While Ashwin has taken 10 wickets so far in the series, Jadeja’s half-century and the century-plus stand with the captain Rahane in the second Test helped the team to register an eight-wicket win in Melbourne.

However, he was happy with the veteran spinner’s success with the ball. “I hope that he continues for next two Test matches and do the job for us,” said Rahane.

“As a batsman Ravindra Jadeja has improved a lot and that is a massive point as a team’s perspective,” Rahane said. “When you know that your number seven can contribute with the bat, that becomes really easy for you to actually get that (decent) total and obviously in the field, you have seen him taking some brilliant catches. So yes his addition in the team helped us a lot and he has been really fantastic and it is really great for us,” he further shared.

However, he believed the SCG track will be a good one for batting and Team India has a strong batting unit now with the inclusion of swashbuckling opener Rohit Sharma.

“See, as per history of Sydney, it is a very good wicket, very good wicket, so you just have to play some good cricket. Yes, we have good spinners but Nathan Lyon is their quality spinner, who has done well here, so we don’t want to take anybody lightly,” Ajinkya Rahane concluded.