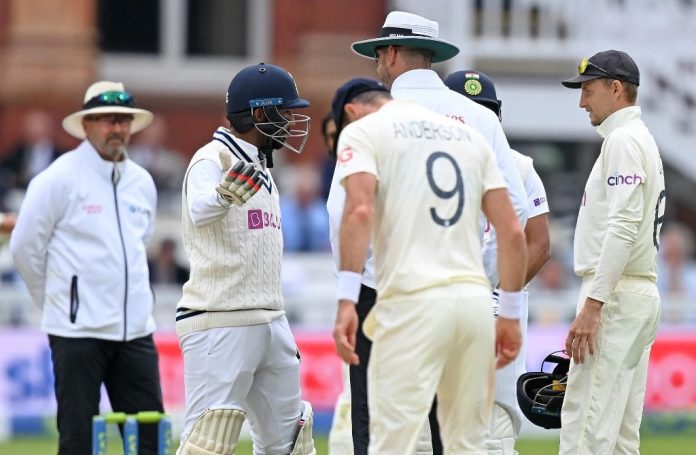 The high octane series between India and England has already witnessed some verbal altercations and sledging. Some experts and fans have claimed that the Indian team has been trying to get under England’s skin with their aggressive tactics. However, Ajinkya Rahane clarified that the Indian team’s tactics are completely different. 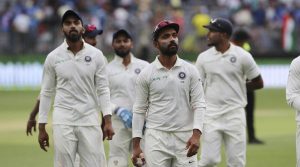 The Indian team is currently leading the five-match test series 1-0 with their historic victory at Lord’s. The Kohli-led side registered a thrilling 151 run win in the second test. The first test ended in a draw after the rain abandoned play on day 5.

In the second test match, we saw Jasprit Bumrah, Virat Kohli and some other Indian players have heated altercations with James Anderson, Ollie Robinson, Mark Wood, and Jos Buttler. The sledging game was on point as players of both teams were not minding having a conversation. Even the umpires had to intervene on multiple occasions. All these arguments indeed worked for Team India as the Three Lions suffered humiliation in front of their home crowds.

For us, what’s important is to play good cricket: Ajinkya Rahane 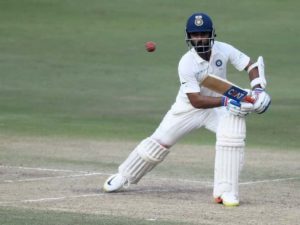 After the Indian team was able to gain the upper hand after these altercations, some fans and experts argued that it was India’s plan all along to get into England’s skin. Hence, they were able to put England off their game.

However, India’s vice-captain Ajinkya Rahane denied these claims and said that India’s main focus is to play good cricket. “We are not thinking anything like that (getting under England’s skin). For us, what’s important is to play good cricket, staying at the moment and playing one game at a time,” Rahane said while addressing the media ahead of the third Test.

“What has happened in the last game, we just have to forget, we have to take positives and move on. Because every game is really important because of the (World Test) Championship,” he added.

Rahane himself was able to find form in the second test. He scored valuable 61 runs in the second innings. These runs were crucial as India was on the verge of a collapse at that point.

The third test will be in Headingley, Leeds where India will be playing a test after 19 years.The test match will begin on Wednesday, 25th August. Kohli and his men would like to continue their winning momentum and make it 2-0.