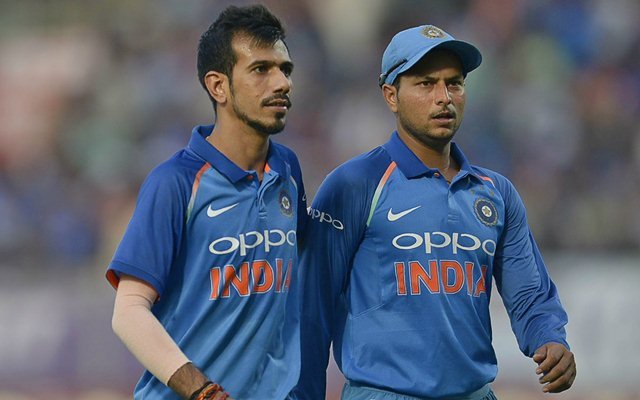 Over the course of decades, India have stamped their authority in world cricket with their ability to produce quality batsmen and spinners. While the pool of talent still remains, the form, consistency, and confidence are in question due to the reduced impact of spinners in recent times. Former India speedster Ajit Agarkar claims that ever since the duo of Yuzvendra Chahal and Kuldeep Yadav have stopped playing together, the lack of potency through spin has build up.

The famous ‘Kul-Cha’ duo were instrumental with their wrist spin. They were arguably the architects of India’s wins in South Africa, Australia and New Zealand. Even in the 2019 World Cup, the pair were played together.

However, since then, many factors which include Hardik Pandya’s inability to bowl have separated the duo apart. While Chahal still successfully manages to ply his trade for India and RCB, Kuldeep has been considered obsolete.

The left-arm chinaman has been severely low on confidence after missing plenty of games. KKR shunned him to the bench after the acquisition of Varun Chakravarthy, who partners Suni Narine for the franchise.

Kuldeep made a brief return back to International venture during the homes series in England. However, he was carved apart by the explosive English batsmen in the tour.

“Sometimes I feel that it was a little bit unfair on him (Kuldeep) to miss out on the series. But he needs to get his confidence back and start bowling well. Both him and Chahal know there are guys behind them and if you have a competition, the team will do well,” Agarkar was quoted by Times Now.

“Spin has been a little bit of a worry for India, especially after Chahal and Kuldeep stopped playing together but there are players like Rahul Chahar, Varun Chakraborty and if those guys can do well, it will give more options to Virat Kohli,” Agarkar said.

The performance by the spin talents in the upcoming limited-overs tour against Sri Lanka and the remainder of the IPL will be crucial.

Agarkar asserted that the performances in the build-up to the World Cup won’t go unrewarded.

“T20 World Cup is not too far away so it is a good opportunity for the guys to put pressure on players who are already in the team to make their case. These performances won’t get unnoticed,” he added