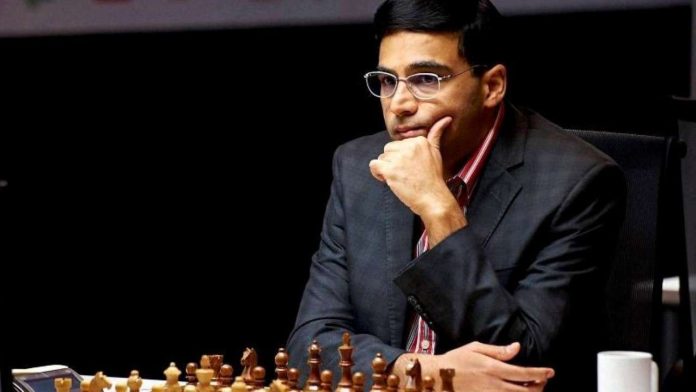 On Monday, the All India Chess Federation (AICF) stated that it supports Viswanathan Anand’s candidacy for FIDE deputy president, clarifying its position after anonymous emails indicated that former AICF secretary Bharat Singh Chauhan was the best candidate for the role. After emails circulated on Friday claiming that Chauhan was the best candidate for the job and that he had sought support from the country’s chess community for his leadership role in FIDE, Bhardwaj issued a statement.

Though the sources of the e-mails have yet to be determined, AICF office-bearers slammed the rumours and said they planned to submit a police report to bring those responsible to justice.

“The history is a little deep, this is simply a ploy by the opposing members who are actually not for chess but out to damage the reputation of not only AICF, but also our country,” Bhardwaj was quoted as saying in a release after taking charge as interim secretary on High Court’s order.

According to the email trail, Chauhan, who was recently disqualified from serving as AICF secretary by the Delhi High Court, has been eyeing the pivotal position in FIDE elections. Bhardwaj and Chauhan, on the other hand, have categorically rejected it.

On his part, Chauhan tried to emphasise how the AICF was the first federation to support Anand’s candidacy for deputy president.

According to FIDE rules, a federation can only propose one individual, and that nomination cannot be withdrawn under any circumstances, and Chauhan stated that the AICF was aware of the rules and enthusiastically backed Anand’s candidacy.

The tournament director for the upcoming chess Olympiad, Chauhan, remarked, “Anand is a legend, and his decision to work for FIDE is a welcome boon for the world of chess and especially for India, why would we be pitting against him, my aim has always been for the benefit of the game of chess in my country.”

In a lawsuit filed by R N Dongre contesting Chauhan’s election in violation of the National Sports Development Code, the Delhi High Court last Thursday removed him from his position as AICF secretary.

The Magnificent Rise of R Praggnanandhaa