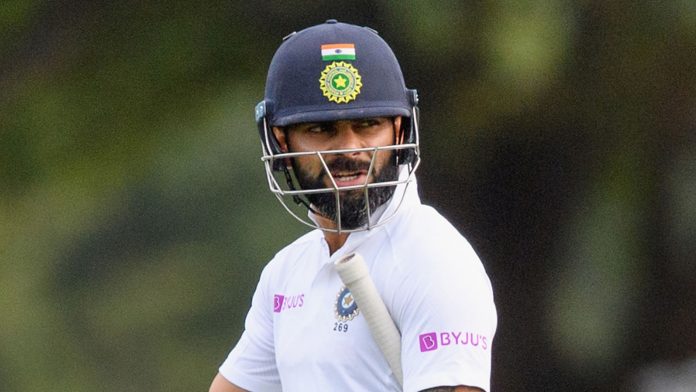 Gone are the days when wrapping up India’s lower order would just be a formality. Gone are the days when expecting an India win in an away Test would be a luxury. It’s impossible to intimidate this India. Monday saw emotions run high as a capacity crowd at the iconic Lord’s cricket ground was split with loyal fans on either side.

India bowled England out for 120 in less than 52 overs after setting the hosts a target of 272. India had headed into the final day at Lord’s under a bit of pressure as they had only Rishabh Pant to bat with the tail-enders when the lead was just over 150. India lost Pant early in the day but an unbeaten 89-run stand between Mohammed Shami (56) and Jasprit Bumrah (34) gave India a comfortable lead.

India, in fact, could have finished their job quicker had Kohli held on to a chance from Jos Buttler off Bumrah. That let-off did appear costly for a while as Buttler and Ollie Robinson kept defying India.

Victory, which left Kohli’s men 1-0 up in this five-match series, came just a day after India’s Independence Day on August 15 and the tourists enjoyed plenty of vocal support at Lord’s.
This new India, in many ways, is perfectly summed by their skipper Virat Kohli, who loves to wear his heart on his sleeve. It was difficult to contain his childlike enthusiasm at every English wicket that fell on Monday. 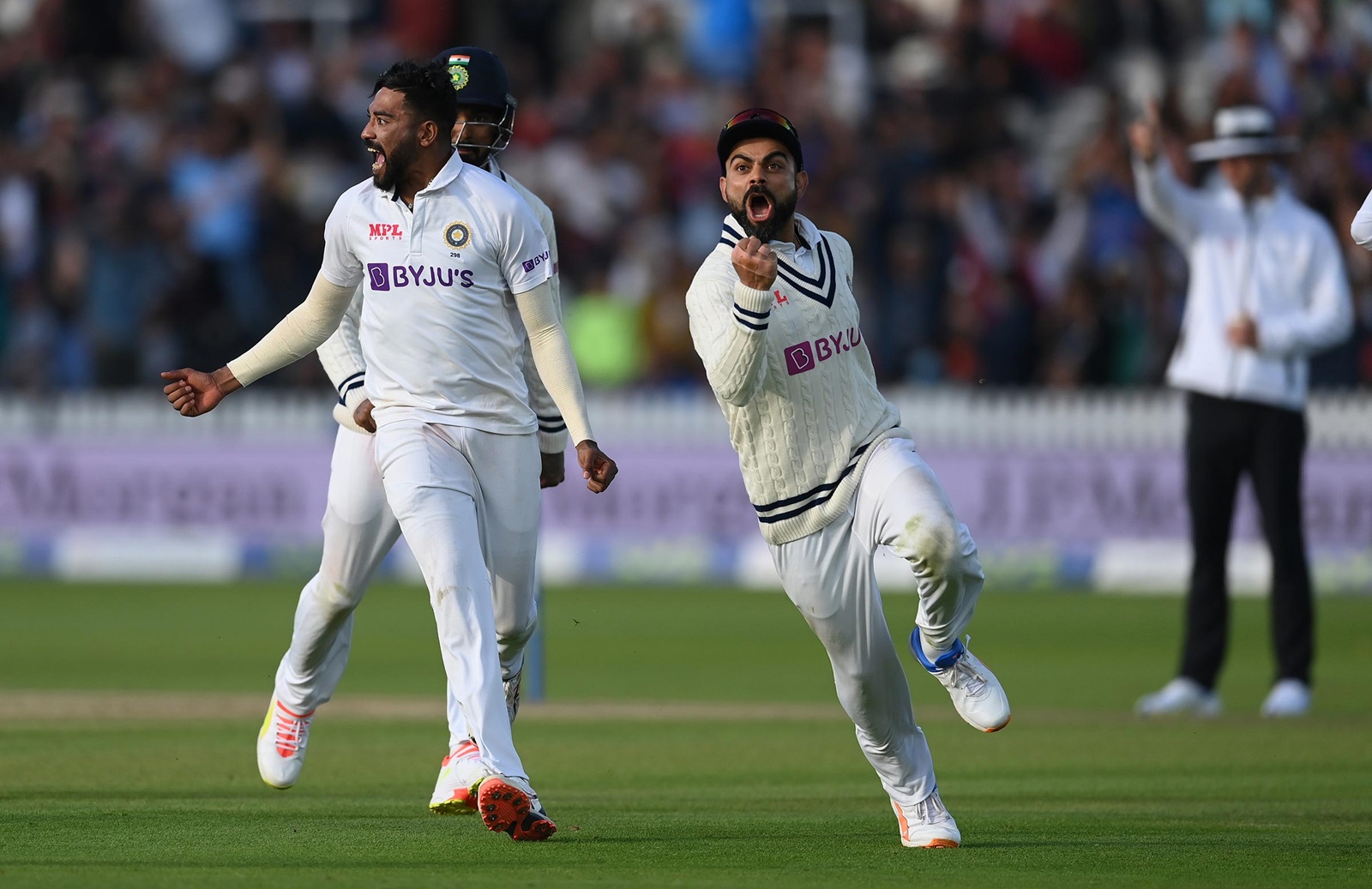 Monday was meant for English celebrations. Monday was all about Rishabh Pant’s wicket, and a smooth sail for the otherwise frail English batting line-up.

At the start of the day, England looked like the favourites to win the match. But Bumrah and Shami showed class with the bat, and then an epic bowling performance sealed the deal for the visitors. England battled hard, but their top order failures led to their downfall with the team being steamrolled for just 120 in the second innings.

In the second innings, India was struggling at 209/8 and it was then that Jasprit Bumrah and Mohammed Shami got together to stitch an unbeaten 89-run stand for the ninth wicket. Shami and Bumrah remained unbeaten on 56 and 34.

This was especially sweet for Kohli, who missed out on India’s incredible triumph at the start of the year in Australia, where their undermanned team defied the odds and beat the hosts in one of the greatest Test series ever played.

For many years, India’s team was built on master batsmen and beguiling spinners, which worked wonders in suitable terrain of home but less well in alien conditions abroad.
But Kohli firmly believes in the theory of bowlers winning you Tests. He has always backed his bowlers to perform to their potential, and on such occasions, he was backed by his unnerving faith in them.

Kohli, whose adoration of Test cricket is the single biggest reason the protracted format remains afloat, remains unwavering in his desire for India to dominate world cricket like those other iconic era-defining teams.

After fighting their way into a position of dominance England then threw it away in an hour of madness, targeting retribution instead of the win.

Jasprit Bumrah (3-33) got India off to the perfect start by removing Rory Burns for a duck in the first over before Mohammed Shami (1-13) produced an unplayable out-swinger to get the better of fellow opener Dom Sibley, also for naught.

England have now gone seven Tests without a win — a sequence that includes a campaign loss in India.

Batting collapses, however, have become an all-too-common feature of their recent red-ball cricket outfit and there were four ducks on Monday, with Rory Burns and Dom Sibley the first England opening pair to both be out for nought in a home Test innings.
But for Virat Kohli, it puts him nicely in a chasing pack of glory hunters, chasing Graeme Smith’s envious record of 53 Test wins. Destiny and history await King Kohli in his further endeavors.