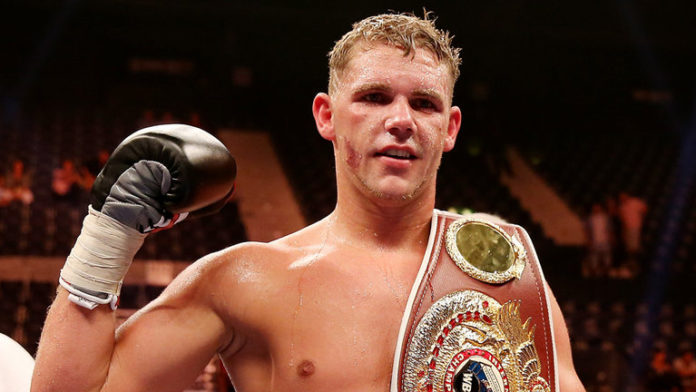 Britain’s WBO middleweight champion now faces an anxious wait to learn his boxing fate after the banned substance oxilofrine, a stimulant, was found in his system ahead of his October 20 defense against Demetrius Andrade which was supposed to be aired on DAZN in US and Sky Sports in the UK.

Oxilofrine is a stimulant which is used in some supplements and is claimed to help burn fat, increase adrenaline production, endurance and help with the oxygenation of the blood.

BBBoC general secretary Robert Smith told the Daily Mail: “According to our rules and those of UK Anti-Doping, he has not committed a breach. It is down to Massachusetts over what happens next.”

Hearn said Andrade will fight in the main event be it against Saunders, another opponent for the vacant title or a nontitle fight if a vacant title but can’t be arranged on such short notice. Andrade has not boxed since he moved up to middleweight and easily outboxed Alantez Fox in a one-sided decision last October.

The 29-year-old Saunders hasn’t fought this year, calling off a pair of fights with Martin Murray, claiming injuries. He was last seen in the ring last December in Canada, where he routed David Lemieux in an HBO-televised main event, a big win he’s completely failed to take advantage of or build from.

Boxing: Oscar DeLa Hoya wants to make Canelo vs Spence in near future