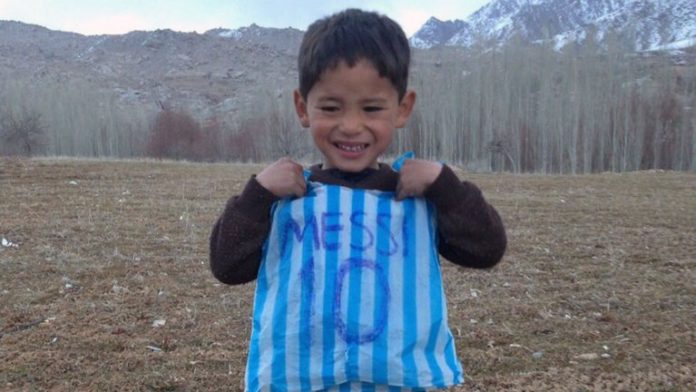 Murtaza Ahmadi, a young Afghan boy now aged seven, went viral in 2016 after being photographed wearing a homemade Messi shirt, fashioned out of a plastic bag. 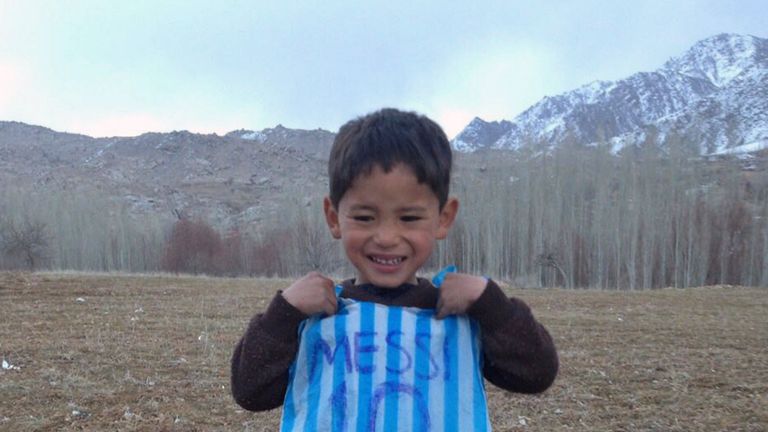 He later met his hero in Qatar.

His family say they have now abandoned their home in Afghanistan for the second time, after receiving threats from the Taliban.

They were living in the south-eastern Ghazni province – which militants have been targeting – and have escaped to the capital, Kabul.

They previously sought short-term refuge in Pakistan in 2016 but returned when they ran out of money, according to the AFP news agency.

Murtaza was five years old when he wore a plastic-bag shirt in the white-and-blue colours of the Argentine national team, which Messi captains. It had the player’s number 10 drawn on the front with a marker pen.

After a photo was shared widely on social media, people called for him to be found so Messi could respond.

When the boy’s name was released, the player sent him a package – including a signed shirt – via the children’s charity Unicef, for which he is an ambassador.

Murtaza was later invited to meet Messi when the Barcelona star played a friendly in Doha in late 2016. The young fan walked out on to the pitch with his idol.

However, his family say they fear the fame has made him a Taliban target.

“Local strongmen were calling and saying, ‘You have become rich, pay the money you have received from Messi or we will take your son’,” his mother, Shafiqa, told AFP.

She said they were not able to take any of their belongings – including the precious shirt – when they left their home in the middle of the night after hearing gunshots.