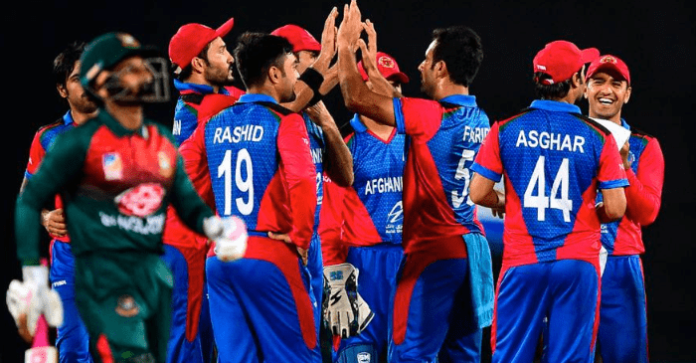 Afghanistan created a new world record of twelve consecutive T20 international victories with a 25-run victory over Bangladesh in Dhaka on Sunday. Mohammad Nabi and Mujeeb Ur Rahman were the star, as they excelled their own record of 11 consecutive wins which was set in 2017. Nabi with his unbeaten 84 from 54 balls helped Afghanistan reach 164-6 before the youngster Mujeeb claimed his career-best figures of 4-15 to bowl out the hosts for 139 in the second match of the tri-nation T20I tournament. 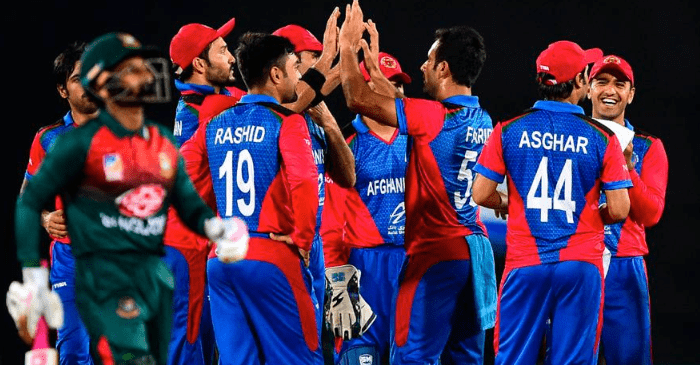 The Afghans winning streak started in February last year, after they beat Zimbabwe twice in Sharjah. Their next opponent Bangladesh were whitewashed 3-0 in India followed by a 2-0 away series win against Ireland. They defeated Ireland three more times before claiming two victories in the ongoing tri-series at Bangladesh.

In the second match of the tri-series Afghanistan won the toss and elected to bat first and were immediately in danger after scoring 40 runs for the loss of 4 wickets in just 6 overs. Nabi, who took home the man of the match trophy, helped his side recover with his fourth T20I fifty, hitting three boundaries and seven sixes along the way. The veteran was supported from the other end by former skipper Asghar Afghan as the duo shared a 79 runs partnership for the fifth wicket.

Setting a target of 164, Mujeeb scalped three wickets in his opening spell and reduced the hosts 32-4 before Mahmudullah and Sabbir Rahman put on 58 runs for the fifth wicket. Their resistance was broken by Gulbadin Naib who removed Mahmudullah at 44 before Mujeeb ended Sabbir’s innings in his final over to surpass his previous best of 3-17 against Ireland. Naib ended his spell at 2-27 while skipper Rashid Khan and left-arm pacer Fareed Malik also took two wickets each.