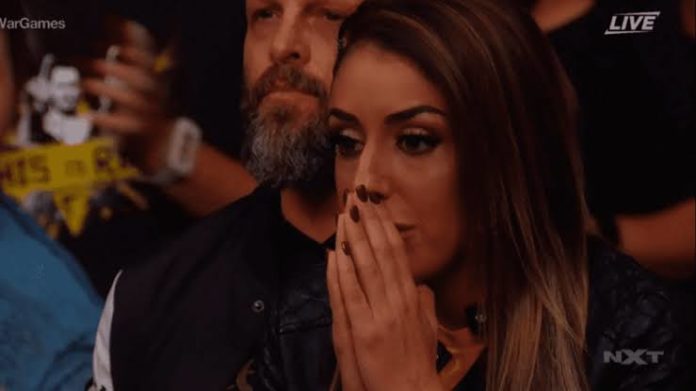 The Wednesday Night War between NXT on USA Network and AEW Dynamite on TNT has been the hottest element in the pro wrestling world today, with both shows being absolutely brilliant in their presentation and approach. On the most recent ‘Takeover’ event of NXT, named NXT Takeover: War Games 2019, something most surprising occurred. 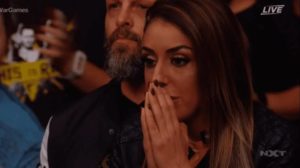 After a brilliant event of NXT, which ended with Adam Cole being piledrivered through a table, the camera zoomed to show Dr Britt Baker of AEW, who looked concerned for her real-life boyfriend. The imagery of an AEW wrestler being on attendance at a WWE show sent shockwaves through Twitter and Reddit.

NXT’s mastermind Triple H confirmed that the shot of Britt Baker was completely unintentional. The cameraman didn’t realize she was an AEW wrestler and just zoomed in to show the most concerned person in attendance. Mauro Ranallo even mentioned her by name, and Hunter confirmed that he didn’t want any wrestler to face problems in his/her job due to a simple camera movement.