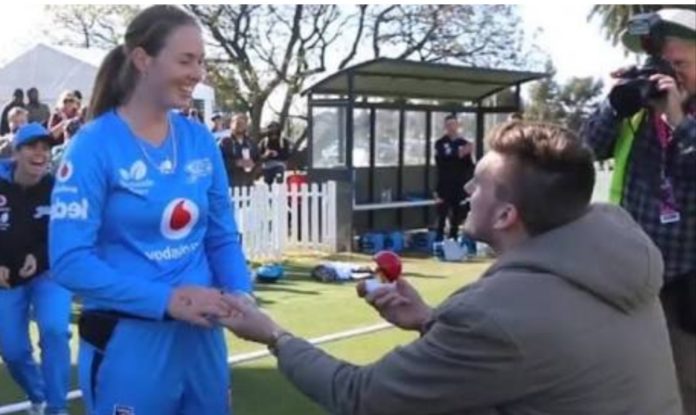 Adelaide Strikers cricketer Amanda Jade-Wellington’s boyfriend went down on one knee to propose her after the match. Adelaide Strikers won the match comprehensively against Melbourne Renegades in Australian Women Big Bash T20 League. However, the best part of the day was the proposal. 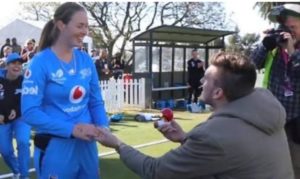 According to the star woman cricketer of Australia, she had no clue about it previously. It was a surprise for her too. When she saw her boyfriend into the field she asked him to wait. She was celebrating the victory with her teammates at that moment and the cricketers were planning to take a group photo. However, her boyfriend came and proposed her in the field.

According to the reports, Amanda Jade-Wellington has said ‘yes’ to her boyfriend. The cricketer was very much surprised with the incident. Her hands were still shaking in excitement. However, she handled the situation very sportingly and all of her teammates appaluaded her decision in the field.

It was certainly an incident to be remembered for long in the cricket field. These kind of incidents do not happen every day. The cricketer will always remember this throughout her lifetime. It was certainly a special moment for her and she enjoyed it a lot.

Centurion Dean Elgar slams 2015 Indian pitches: It was a farce!