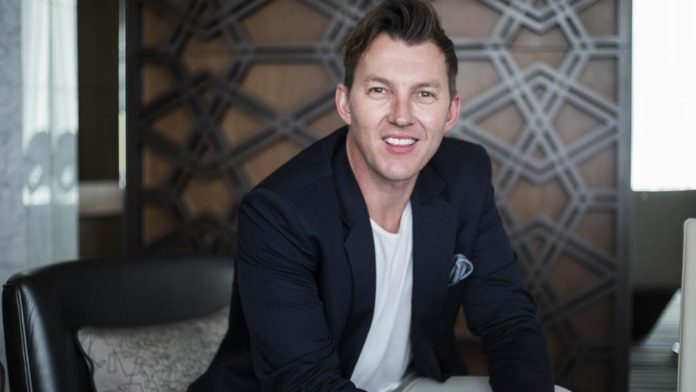 The World Cup starts at the end of this month, and the preparatory camps have already started for some of the teams. The World Cup is in England, where the conditions are predominantly said to be favourable for the fast bowlers.

However, former Australian pacer Brett Lee feels that no side should assume anything about the pitches beforehand, on the history of those English wickets. Lee also highlighted that as the World Cup is to be played in the months of June and July, those are not the months that are conducive for fast bowling.

Speaking about his nation, he feels that defending champions Australia, stand a good chance to bring that trophy back home again. While speaking on the sidelines of an event, Brett Lee put some light on the fact that even Jhye Richardson is injured and ruled out of the tournament, it won’t affect much for the Finch-led Australian side as the return of Smith and Warner have increased their strength massively.

“They can go as far as they want to go. They are a good team. There has been an injury for one of the fast bowlers and Jhye Richardson is out of the World Cup, but Kane Richardson has been brought in. Look, any side that goes to the World Cup will be very well prepared. It’s all about who adapts well to the English wickets,” Lee said.

Pacer Jhye Richardson recently suffered from a dislocated shoulder and he is expected to be fully fit only for the Ashes, which follows the World Cup.

World Champions Australia has had a rough patch in ODI cricket in the past couple of years. The going only got tougher after two of their best performers, Steve Smith and David Warner were banned in the sandpaper fiasco. However, 2019 seems to have brought in a fair bit of luck for the side, as they beat Kohli’s men in blue 3-2 in India and then white-washed Pakistan 5-0.