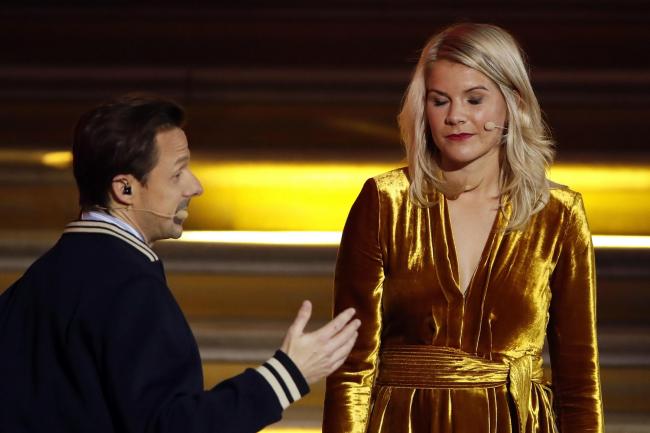 The 2018 edition of Ballon d’Or ceremony will be remembered for years to come for two very important reasons : 1) Luka Modric’s achievment of the Men’s Ballon d’Or ceased the decade old duopoly of Messi and Ronaldo 2) The ceremony consisted of the inaugral women’s Ballon d’Or award. However, things did not go as planned and more than empowering women’s football in the ceremony, the ceremony has embarrassed the women-kind and even male professionals in the sporting industry. 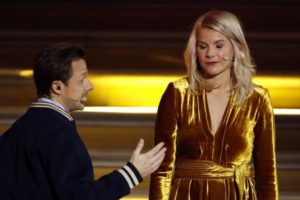 Norwegian and Lyon forward, Ada Hegerberg finished the season as the top scorer of the league with 33 goals in 21 appearances. One week later, Hegerberg secured the Coupe de France with Lyon. In UEFA Women’s Champions League action, Lyon went on to the win the competition behind Hegerberg’s 13 goals in 9 matches, to complete a treble. Such performances were instrumental in Hegerberg’s bagging of the inaugral women’s Ballon d’Or.

French DJ Martin Solveig was an anchoring part of the ceremony’s presentation. During the presentation of Ada’s award, he asked her: “Do you know how to twerk?” She responded: “No.”

Hegerberg, who had just made a speech talking about her hopes of inspiring girls to believe in themselves, appeared unhappy at the question, sparking the reaction on social media.

Solveig was widely criticised on social media, including by two-time Wimbledon tennis champion Andy Murray, who said on Instagram: “Another example of the ridiculous sexism that still exists in sport.

“To everyone who thinks people are overreacting and it was just a joke… it wasn’t. I’ve been involved in sport my whole life and the level of sexism is unreal.”

Charity organization Women in Sport said it was “extremely disappointed” at the comments made by Solveig.

“The sexist remarks made by Solveig were completely inappropriate and show just how much work is still left to do to create a society that is free from sexism and discrimination,” the charity said in a statement.

Solveig later resorted to twitter to clear up his side of the issue.

“Apologies to anyone who may have been offended,” he wrote on Twitter.“This was a joke, probably a bad one, and I want to apologise.”

In a video message, he added: “I am a little bit amazed as to what I am reading on the internet. I, of course, didn’t want to offend anyone.

“This comes from a distortion of my English level and my English culture level, which is obviously not enough because I didn’t mean to offend anyone and didn’t know this could be seen as such an offence.

“Especially if you consider the sequence in total, when we ended up dancing to Frank Sinatra.”