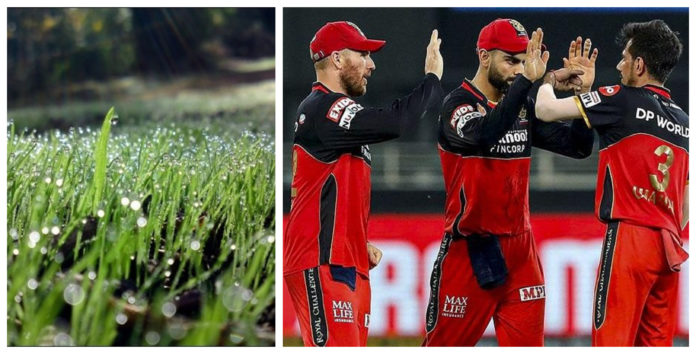 Dew has made its presence in the tournament’s short stint so far. Captains so far have elected to bowl first after winning the toss keeping the dew factor in mind which makes the spinners harder to grip the ball. RCB’s Aaron Finch feels that the dew factor will be even more significant once the pitches get slower as the tournament progresses.

While only one team has won so far by chasing, the dew factor has been a vital aspect in the second innings. Australia’s limited-overs captain noted that all of the three venues on offer have reported more dew than usual. He claimed:

“The dew will play a big part in the tournament. The last three games, the game at Sharjah (yesterday) and our game here, there was more dew than expected,”

“I think as the games go on and there will be lots of games played over and over on the same wickets, the wickets will get slower and the dew factor will become even more. 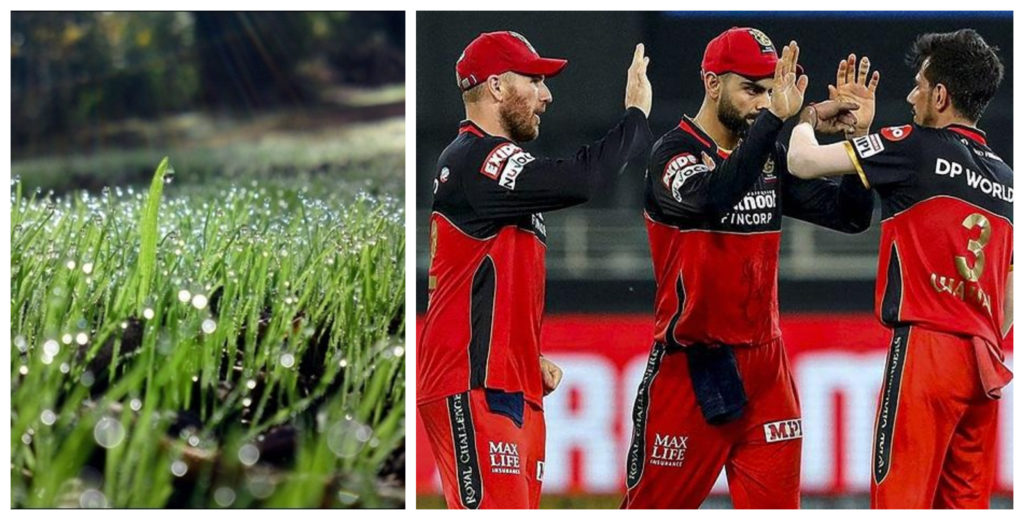 Finch added that the presence of dew cannot be accounted for an excuse. He feels that the team has to adapt and come up with solutions to perform at their best, irrespective of the conditions presented before them. He added:

“You still have to play at our best. You can’t use that as an excuse. If you happen to bat first on a slow wicket, you have to adjust to that and come up with plans to give yourself every opportunity to be successful in all conditions.”

It is game to game. When the dew comes they turn into nice wickets. You can’t set up one particular style of play.

The scores are expected to gradually decrease over time but Finch feels it is too soon to claim that. He also added that the three venues host different types of pitches and the way to be score runs is to adapt as quickly as possible.

Royal Challengers Bangalore opened the tournament with a hard-fought win over rivals Sunrisers Hyderabad. The franchise next face Kings XI Punjab, who endured a defeat against Delhi Capitals, on Thursday.