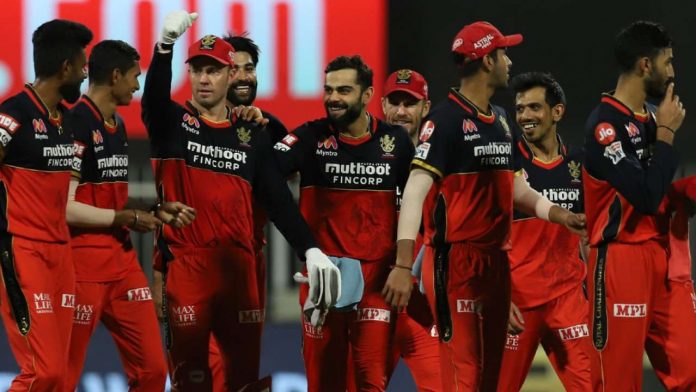 The 2022 edition of the IPL will see a major overhaul with the teams only allowed to retain up to four of their players. Moreover, two new franchises will also be included in the event. As the remainder of the 2021 edition of the IPL nears by, former India opener Aakash Chopra shared his thoughts on the strategy RCB might employ in terms of retaining players.

According to the revised rules, franchises won’t be able to retain four Indian players. If they are to retain four players, they have to include at least one overseas player in the retention list.

Royal Challengers Bangalore have chopped and fine-tuned their squad plenty of times with Virat Kohli in the centre. Despite their efforts, they have been unable to secure an IPL title.

RCB will have to plot another revamp and will lose much of their side that have been performing well in the 2021 edition. According to Chopra, RCB might be one of the few sides to go for four retentions. He picked Virat Kohli, AB de Villiers, Yuzvendra Chahal, and Glenn Maxwell as his choices to continue playing for RCB in the seasons to come.

“Other than the Mumbai Indians and the Delhi Capitals, I don’t see another franchise who can retain four players. If you look towards RCB, then Virat Kohli will be the first retention, the second retention will be AB de Villiers.” Chopra said on his YouTube channel.

The credentials of Virat Kohli and AB de Villiers speak for themselves. Yuzvendra Chahal has been the leading spinner for the franchise while Padikkal promises to be a huge talent with age on his side.

The young left-handed batsman was RCB’s leading run-scorer last year, and even managed to score his first IPL ton during their 10-wicket win over Rajasthan Royals.

The retention of four players will have an impact on the purse as well with the salaries of the players being deducted from it.

At the time of the league’s suspension due to a bio-bubble breach, RCB were third on the points table. The team had endured a stellar start by winning their first four matches, before enduring heavy defeats against CSK and PBKS.