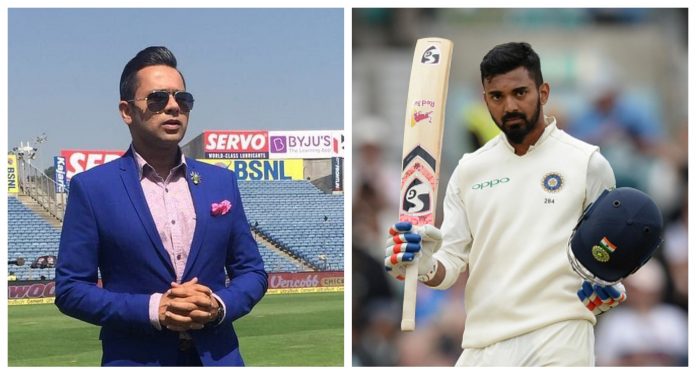 With less than a month to go for the five-match test series against England, Team India are pondering over their team combination and backup resources in place. Former Indian batsman Aakash Chopra is surprised that the team are pushing for KL Rahul in the middle order despite his credentials as an opening batsman in the format.

Amid reports emerging that Cheteshwar Pujara might be dropped from the playing eleven, KL Rahul and Hanuma Vihari have emerged as viable candidates to play in the middle order for the team.

The team’s stance on Rahul as a middle-order is clear as they were vehemently requesting the board for more opening batsmen. As things stand, Rohit Sharma, Mayank Agarwal, and newcomer Abhimanyu Eeswaran are the choices in front of the team.

Aakash Chopra brought up the fact that Rahul has five test centuries, and all of them have come at the top of the order. It is also to be noted that the Punjab Kings skipper played a heroic knock of 149 in the fifth Test at the Oval.

“The team management has already declared that Rahul is only a middle-order choice,” Chopra said on his YouTube channel.

“I mean, this is surprising, right? After all, he has scored five Test centuries and all of them have come opening the innings. Why do they suddenly want him in the middle-order, I don’t know.”

The team management were vying for the inclusion of Prithvi Shaw and Devdutt Padikkal in the England unit, but had their request turned down by the BCCI.

“I thought he was always a back-up opener but apparently, he’s not. Even in extraordinary circumstances. I do understand but what I can’t get a grip of is that Rahul is no longer an opener, he is a middle-order batsman. Wow.” Chopra added

If the team makes a call and opts to drop Pujara from the squad, either one of KL Rahul or Hanuma Vihari could bat at number 4 with Kohli slated to be promoted to No.3.

While this change is still in its early stages of being executed, the propsect of Mohammad Siraj playing is getting clearer as he will look to replace Ishant Sharma in the bowling attack.