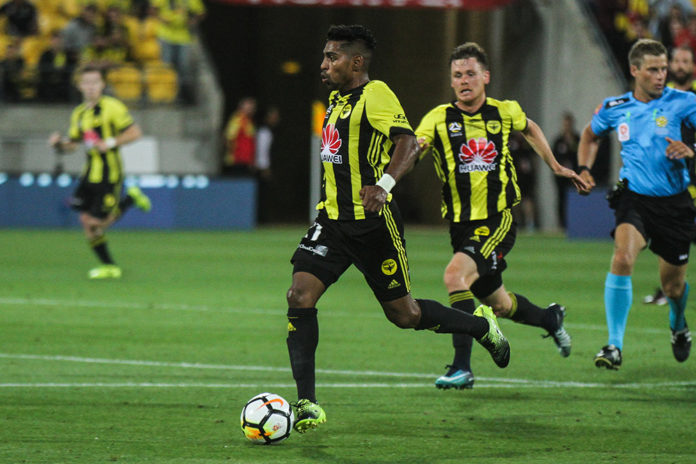 ISL franchise ATK has pulled up a major coup by signing A-League striker Roy Krishna. The Fiji international turned up for Wellington Phoenix in the previous season, where he scored 18 goals in 24 appearances to win the golden boot.

ATK made the announcement on social media and Roy Krishna followed it up with a tweet on how his signing for the Kolkata-side comes to a full-circle.

“140 years ago my ancestors came to Fiji from Kolkata, India in search of better opportunities. Today marks the start of a similar journey. I’m delighted to join ATK for a year. I have taken my time to make what I feel is the right decision for me and my family, and ATK presents a great new opportunity for me in a new league.”

ATK are known for flexing their financial muscles to the fullest in the transfer windows. They have already bought in their former manager Antonio Lopez Habas, with whom the club won the inaugural ISL season. Edu Garcia, John Johnson, and Manuel Lanzarote have been retained and they also signed former Motherwell defender Carl McHugh.

They have big Indian players in their ranks, too. Michael Soosairaj and Jobby Justin have been bought from Jamshedpur FC and ATK whereas the likes of Pronay Halder and Pritam Kotal might be retained.

So far, ATK have the strongest team on paper. But, only time will tell if it will convert to a title triumph.