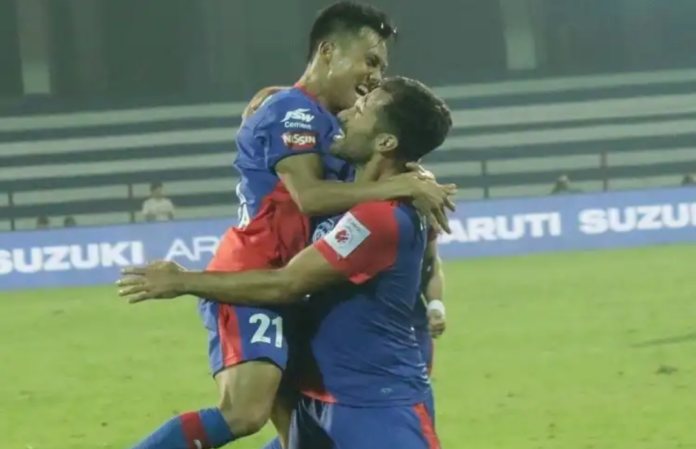 Bengaluru FC maintained their winning streak in this season’s Indian Super League with a narrow 1-0 win against Delhi Dynamos. After this victory, Bengaluru FC stayed at the top of the table with 19 points in 7 matches so far. Delhi Dyanamos also stayed at the bottom with only 4 pojpoi from 9 encounters. 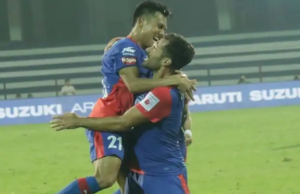 It was Sunil Chettri’s 150th match for Bengaluru FC and the West Block Blues were in the stand to celebrate this milestone. The first half did not produce much clear cut scoring opportunities and both the teams failed to break the deadlock. Adria Carmona and Harmonjot Khabra were shown yellow cards for bad fouls.

In the second half of the match, Erik Paartalu replaced Rino Anto for Bengaluru FC. Haokip also came in place of Chencho for the home side. Bengaluru FC tried to pull some pressure on Delhi Dyanamos to break the deadlock .On the other hand, Delhi Dyanamos are not having any prolific goalscorer and their hope for this season is almost over. That’s why there were no urgency from the away side to take the lead in this match. Udanta Singh took the advantage of this situation and his late strike at the 87th minute of the match was enough for Bengaluru FC to secure another 3 important points from this match.