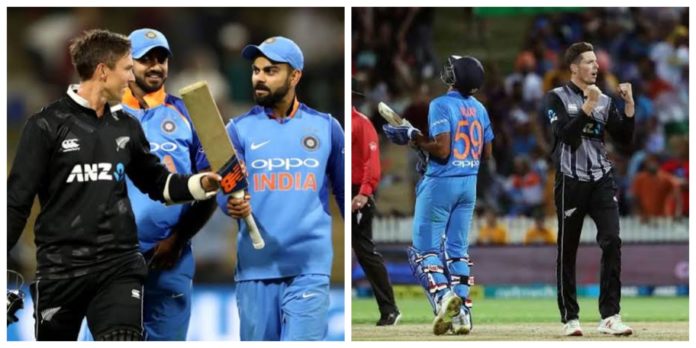 After the end of a fairly triumphant home season, India are currently set for a Herculean assignment in the form of a visit to New Zealand. The sides will tussle across all the three formats which include 5 T20s, 3 ODIs, and 2 Tests. New Zealand is one of the countries where the Men In Blue do not boast an impressive record. Despite winning in a convincing fashion last time around, the wobbly past will hover around the windy grounds of the country. 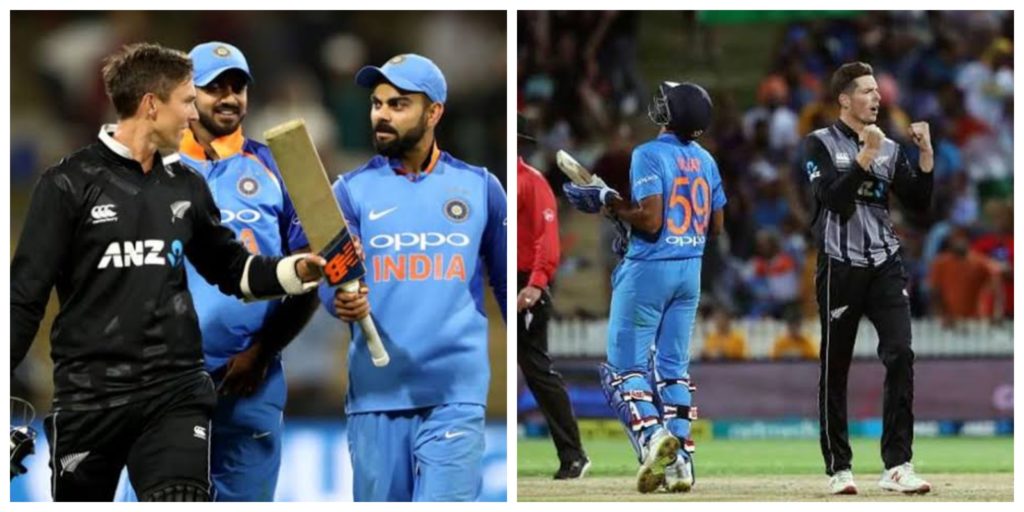 Although hosting quite a bit of injuries with Shikhar Dhawan being the latest casualty, Team India are well equipped to tackle the nation that they have struggled the most in the T20 format. Facing their first defeat against the Kiwis in the 2007 World Cup, it wasn’t until a decade later that India earned their maiden win over the Black Caps. New Zealand will obviously have a chip on their shoulder over their impressive record over the visitors but will be vary at the same time considering India’s prowess. The Men In Blue also have a score to settle after what transpired in the 2019 World Cup semi-final. With star-studded players glittering across both the squad, let us have a look at the 5 most enticing battles to look forward in India’s first-ever 5 match T20 bilateral series.

Bowling to The Hitman is arguably one of the most difficult tasks to do, but for a bowler with the calibre and experience as Tim Southee, it will be a challenge to relish. How much ever dripping in form, playing against a moving shiny white ball is a task in itself. New Zealand have been a side that have been able to keep the No. 2 ranked batsman at bay, and Sharma would love to grab this opportunity to overcome that. In order to do so, Sharma has to pass the initial test put forward by Tim Southee and his set of tricks with the ball. The batman’s urgency to exploit the power play coupled with the bowler’s expertise and aggression makes it a battle hard to miss.

2. Virat Kohli vs Ish Sodhi
After putting a shut out to the protests surrounding his technique of tackling deliveries outside the off stump, a new challenge awaits King Kohli. While the whispers concerning his weakness against leg-spin started with the IPL, it has now blown out of proportion after Adam Zampa managed to dismiss the Indian captain twice in the recently concluded ODI series. Kohli would love to put these talks to rest by taking on Ish Sodhi in the upcoming series. Although Ish Sodhi cannot be brushed aside after having often caused Kohli some discomfort during IPL during his brief impressive stint with the Rajasthan Royals.
Kohli’s eagerness to exploit the short boundary will blend with Sodhi’s patience which will eventually decide the fate of this battle.

The upcoming series will present one of the most palpable face-offs which pits one of the best bowlers at this moment against one of the Fab Four. Kane Williamson’s temperament will be put to test with Jasprit Bumrah’s innate precision. The pacer has found his rhythm ever since making his way back to the squad after a long time off. Williamson will also look forward to the challenge since it would be the stiffest test against his sound technique. Bumrah will relish bowling in New Zealand which favours fast bowling more than India and would arguably be India’s antidote to the problem that is the Black Caps skipper.

New Zealand’s premier player against spin, Ross Taylor has been a vital cog in the Kiwis middle order over the years. The batsman has a challenge in front of him in the form of the uprising Kuldeep Yadav. Taylor was more than comfortable against spin during his time in India and was immune to the spinners during their last visit here. In-form Kuldeep Yadav would be on the lookout to make a change to that by making Taylor his prime target. This battle could essentially take over the middle overs and help the team win that particular phase and is hence crucial in context to the series.

A rather interesting match-up sees New Zealand’s explosive left-handed opener Colin Munro up against India’s lone off-spinner in the squad Washington Sundar. Munro caused havoc the last time these two teams met but was interestingly dismissed to spinners in all the three encounters. Sundar, who relishes bowling in powerplays will have a whole new task at hand to contain one of the most threatening batsmen in the line-up early on. The young all-rounder who has already impressed with his tight line and length with the new ball, will look forward to winning this battle to seal his place for the all-important T20 World Cup later this year.