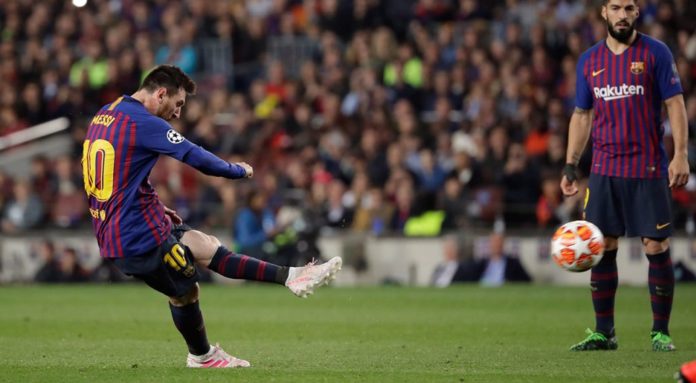 2019 ends tomorrow and FC Barcelona forward Lionel Messi enjoyed yet another year of unprecedented success; smashing goals and records throughout the last twelve months. The Argentine has scored 50 or more goals in a single calendar year nine times since the inception of this decade and to put that in simple terms; you need to score at least 40 goals per season for the next 15 years but you’ll still find yourself way behind the modern day great.

Although glory with his beloved Catalonian club was restricted to a league title this year, Messi enjoyed a neat season with some spectacular display almost every week. But despite having a somewhat fruitful campaign with Barça, Messi’s prolific year halted for a while after Argentina was knocked out by eventual champions Brazil at the 2019 Copa America in July.

The 2019-20 season started with an injury; ruling the 4-time Champions League winner out for a couple of months. But since his return normal services have been resumed. Messi scored successive La Liga hat-tricks at home against Celta de Vigo and Real Mallorca which saw him equal and then surpass Cristiano Ronaldo’s record 34 La Liga hat-tricks. And as of now he has netted 13 times and assisted 6 in 13 league matches while his European tally for this season stands at 2 goals and 3 assists in 5 games.

But these records are normal given his standards. Let’s take a look at the greatest things Messi did in 2019.

On October Barcelona faced Sevilla at the Camp Nou and goals from Luis Suarez, Arturo Vidal, and Ousmane Dembele in the first half, gave the Blaugranas a comfortable 3 goal lead. But Messi being Messi, put the icing on the cake with a sublime goal in the 78th minute, and as a result, he became the first player to score in 16 consecutive La Liga seasons.

17 days later, Messi drew the first blood for Barcelona in a 2-1 victory over Czech side Slavia Praha and in the process, became the first player ever in the competition’s history to score in 15 consecutive seasons; breaking his previous record which he shared with Real Madrid legend Raul Gonzalez and Karim Benzema.

📊 — Messi has the most Pichichi awards (6) in La Liga history. pic.twitter.com/YJ4mKrE69J

3: Record for the most European Golden Shoe

Every prolific striker in the world dreams to win the European Golden Shoe at least once in their career. Messi has 6 of those. ‘La Pulga’ extended his record for the most European Golden Shoe victories with his 36 goals for Barcelona and also became the first player to win the award for three consecutive seasons. Something we won’t be seeing anytime soon.

Messi is presented with his sixth European Golden Shoe award

4: Scoring against 34 different teams in the Champions League

In November Barcelona faced Borussia Dortmund in their Champions League group-stage clash at the Camp Nou and that day Messi became the first player in Champions League history to score against 34 different opponents as he scored his team’s second goal in the 3-1 victory.

The Barça captain has netted 9 times against Arsenal in the European league, while his record 26 goals against English Premier League clubs is the most he has scored against clubs from any country. We’re pretty sure he’d do well on a rainy night in Stoke.

The biggest award in football saw change of ownership last year; after Luka Modric took home the golden ball, ending the 10-year duopoly of Lionel Messi and Cristiano Ronaldo. With both Messi and Ronaldo tied at 5 apiece, it was always going to be a feisty battle on who gets to lift the next one. But Ronaldo’s form dipped at his new club and following his goal-scoring exploits this year, Lionel Messi became the first player ever to win 6 Ballon d’Ors on 2nd December 2019.

But these records doesn’t bother Messi at all. After a successful 2019, Rosario’s favourite son is already well on his way to achieve several more personal milestones next year. Watch this space.