In recent times, Arm wrestling has spurned up to be an immensely competitive sport, with the growth and the efforts behind its buzzing popularity .The thrill and the unpredictability the sport brings to the table, makes it hard to miss. Known as ‘Panja’ in the subcontinent, India has seen the rise of many adroit arm wrestlers over the years, who have shined at the national championships, and also went on to win medals at the international levels.

The inaugural Pro Panja League 2020, which was hosted at the Thayagraj Stadium in New Delhi on 29th February, saw some of the most skilled arm wrestlers from every corner of the country competing in the tournament.

Let us have a look at the 5 best arm wrestlers in India today.

Hailing from the city of Nagaon in Assam, Medhi is recognised as one of the best from the country in arm wrestling. Competing in the 70 kg category, Medhi has competed at the national level for eight years, and clinched gold at the Pro Panja League back in February.

The 31 year old clinched silver at the 2019 Nationals. A devout follower of the legendary Canadian arm wrestler Devon Larratt, Medhi has also competed at the international level, and is currently ranked 11th in World Armwrestling Championship.

The towering Dilshad Perumbavoor from Kerala was nicknamed as the“strong man” at the Pro Panja League 2020. A student of 2nd year of B.A History, Dilshad was the champion of the 100+ kg category at the PPL ranking tournament. Last year, he won a gold at the World Championships in Turkey.

The Pro Panja League 2020 100 kg gold medallist, Sunil Kumar enjoyed a prolific run from 2014 to 2018 where he won nine national level medals. Since then he has gone onto win several accolades. Hailing from the state of Punjab, Kumar comes packed with 19-inch biceps, and is nicknamed the ‘Power house’.

A marvellous ambidextrous arm wrestler, Siddharth Malakar usually competes in the 85 kg category, but he raised the bars at the Pro Panja League 2020, winning gold in the 90 kg category.

Hailing from Guwahati, Assam, Malakar has clinched medals with both of his arms in Last year. At the 2019 Nationals, the 27 year old won a gold medal in the left arm, and a silver in his right. A physiotherapist by profession, Malakar’s first arm wrestling tournament was in in Bazpur, Uttarakhand in 2015. He is a big fan of 2004 World Armwrestling Federation champion Alexey Ivanovich Voyevoda of Russia.

Harman Mann, the hunk of muscle from Nawanshahr in Punjab competes in the 90 kg category. Even though he lost the final match to Siddharth Malakar, Mann’s flamboyant personality and astounding prowess earned him the title of ‘The Beast’ at the Pro Panja League 2020.

A gifted ambidextrous arm wrestler, Mann has been competing in the Nationals since 2015. In addition to winning a silver at the PPL championship, Mann has also won silver at the 2019 Nationals. 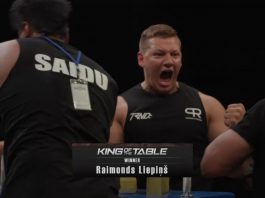 Raimonds Liepiņš defeats India’s Mazahir Saidu 4-3 at King of the... 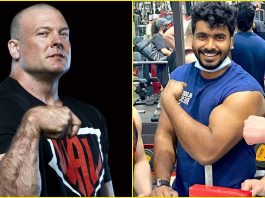 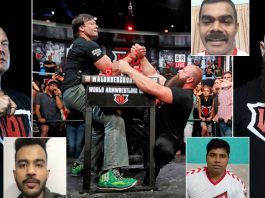