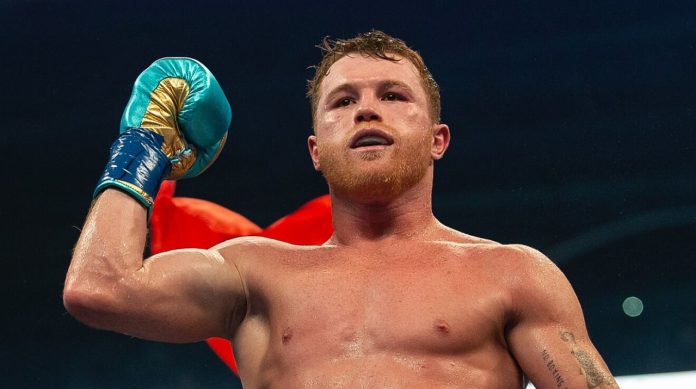 Even though boxing sustained a huge uppercut from the COVID-19 pandemic in 2020, situation improved in 2021 with a number of huge fights that fans have been awaiting for long. We saw Canelo Alvarez’s path to becoming the undisputed super-middleweight champion, as well as Josh Taylor who clinched the same honour in light welterweight.

The good news is, we’re just one month into 2022 and with almost the entire year still remaining, there are certainly some fights that peaks the interest of the fans more than the rest. While some fights are yet to be confirmed or even some case, reach legitimacy, they are on the top of the wishlist of the fans. Boxing fans can also get their taste in Mrcasinova casino online.

After demolishing the best the super-middleweight had to offer and clinching the undisputed title, Canelo Alvarez turned his gaze at cruiserweight and there have been talks about a fight with WBC cruiserweight champion Ilunga Makabu. However, chances are that Alvarez returns to light-heavyweight instead of going to cruiserweight and its certainly intuces more excitement as fans eagerly want to see the Mexican take on the best and most dangerous at 175, the undefeated Artur Beterbiev.

The unified WBC and IBF champion from Russia, who’s 17 professional wins have come from 17 knockouts, is believed to be the most challenging competition that Canelo may ever face inside the squared circle. And while a contest between the two would still carry with Canelo being the favourite, there is no doubt that Beterbiev would be the ultimate test for the 168-lb ruler.

Possibly one of the biggest and most anticipated fights of this generation, Errol Spence Jr vs Terence Crawford is still, unfortunately, far away from reaching legitimate talks. As two of the greatest welterweights of all time, Spence vs Crawford would be a mouth-watering contest for the fans, with Spence’s WBC and IBF belts up against Crawford’s WBO title, giving a new, three-belt unified champion at 147.

Spence, who is more than a year away from the ring as of now, might still have to face WBA champion Ugas before the Crawford fight can happen. However Crawford, who is coming off of a win against Shawn Porter last November, is now a free agent, which makes the fight more possible this year compared 2021, when it still was as one of the most awaited.

While the lightweight division has its WBC champion Devin Haney, unified champion George Kambosos Jr, as well as stars like Ryan Garcia aiming a comeback fight, what excites the fans most is to see WBA’s regular champ Gervonta Davis going up against Vasyl Lomachenko, arguably the toughest at 135.

Even though Loma lost his titles against Teofimo Lopez, he made a daunting return with back to back demolitions of Masayoshi Nakatani and Richard Commey, while Lopez lost the titles to Kambosos. Davis, on the other hand, remains one of the biggest superstars of modern boxing and came out victorious twice last year against Mario Barrios and Isaac Cruz. Davis vs Loma would certainly bring out the best in both of them.

One of the most anticipated fights of this generation, an undisputed heavyweight championship clash originally had the limelight on former unified WBA (Super), IBF, WBO, and IBO champion Anthony Joshua but after the Briton suffered a shocking loss against Oleksandr Usyk, the Ukrainian will be the one Tyson Fury, the reigning WBC titleholder will have to face for the undisputed throne in heavyweight.

Fury concluded his rivalry with Wilder with a knockout last October and is in the works to face interim WBC champion Dillian Whyte in April. On the other hand, Usyk is likely to be on the line for a title defense in a subsequent rematch with AJ. Even though there is little development towards making Fury vs Usyk a reality, it would certainly be the biggest fight of the year.