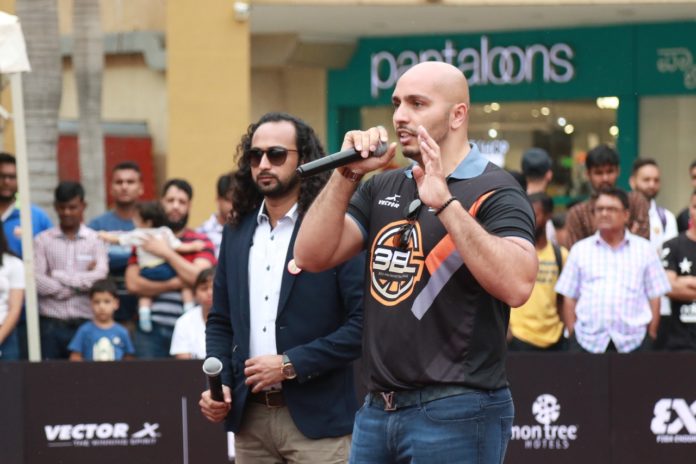 Basketball has been a substantial part of Rohit Bakshi’s life for a very long time. Since the time he picked up a ball back when he was 13 years old, there has been no turning back for the man. From playing and winning in 3×3 leagues in Japan, his company now holds the exclusive right to conduct a 3×3 league in the Indian subcontinent. This led to the formation of the 3×3 Pro Basketball League (3BL), an urban version of the traditional ball game played with only three players on each side and requiring only half of the traditional court. While the league is in its 5th stage, Mr. Bakshi took time off his busy schedule to talk exclusively with Sports India Show. Here’s an overlook of this interview : 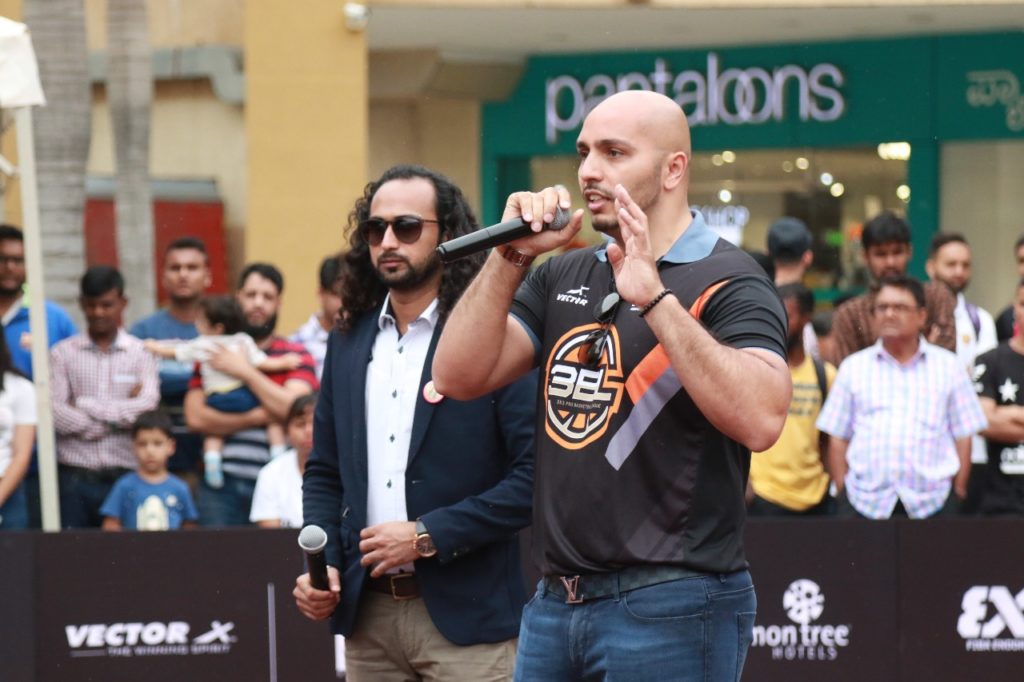 Q. In a cricket mad nation how did you identify this opportunity to make basketball a household sport? Was it because you have played basketball yourself or do you actually believe India has what it takes to compete at the world level?

I’m a basketball player myself. I have been playing since the last 17 years. I was even playing till last year. The reason why I started 3BL is one, because I strongly believe India has the talent that we can compete with the world. Secondly, because 3×3 is a format that India is very dedicated to and we have very good chances to perform at the international level.

Q. Throw some more light on this new 3×3 format. And why are you going with this format instead of the traditional 5 on 5?

5 on 5 is something that I’m not going with is because I feel, despite the fact that India has a lot of talent in both the formats but since the 3×3 format is still very new, being introduced by FIBA in 2012, not a lot of countries are ready for it. Plus, the game is now being introduced in Tokyo Olympics in 2020 and in the Commonwealth Games in 2022. So if we start grooming our players now and give them international exposure, it will help them perform better and give us a very good shot at qualifying for the Olympics. If more and more people see what we are doing and we’re able to attract media attention from across the country and more players understand the game and start playing it, we can surely bring a medal in the 2022 Commonwealth Games.

Q. What are the basic differences between the traditional 5×5 and the 3×3 format?

The 5 on 5 is a 40 min game with 5 players on the court. There are personal fouls as well as team fouls. In 3×3 there are 3 players and a 10 min game. However, if a team scores 21 points under 10 mins, they win the match. The other thing is that there are no personal fouls either. So you can foul a person as much as you want, it will only be a team foul. On the 7th, 8th and 9th team foul, the opposition gets two free throws. While on the 10th foul or higher the opposition is awarded two free throws and the possession of the ball. These are the major differences. However the biggest difference between the two formats  is that we use a 6 size ball having a 7 size weight. So, the ball is itself very different from the traditional format.

Q. We’ve seen the likes of Sunil Chhetri and Vijendra Singh bring attention to sports like football and boxing in India. Do you believe there needs to be a breakout star in basketball for a similar phenomenon to occur?  And if yes, do you think that you have already unearthed him/her?

I think any sport can succeed if it has 3 major aspects. One, you need a star. You need someone that players can look up to. Second, you need a rivalry. Just as we have India vs Pakistan in cricket. Third, it needs media exposure, coming on a television so that people can know the players. That’s how celebrities are made, aren’t they. So these aspects are very important. In terms of our Indian ballers, we are working on the stars. We have players who most certainly have a few or the others aspects of being a star, but I haven’t found the one person who can be the face of the league. However we do have Amjyot Singh Gill, an Indian basketball player who is currently trying to pursue his career in NBA. Obviously we can’t wait for him to give up NBA and come play this league. But what I am sure of is that India has 1.3 billion population. Amongst them there has to be another Amjyot. There has to be at least 10 other Amjyots. And what I want to do with this league, of course with the help of the media support that we are getting, is to get more and more players involved in the game. Apart from the the league, we will also be starting basketball academies and through those academies we can have a pool of talent that other aspiring players can look up to.

Q. How do you go about scouting for and finding talent in India? Do you go from college to college or is there a different scouting system in place?

This year what we’ve done is – we’ve selected international players, national players and we also conducted tryouts. While the game is only meant for 4 players – 3 on the court and 1 on the bench, we’ve kept an extra player who chips in every once in a while. We’ve sorted the players in three different categories – one is the international scout that comes in through FIBA. Second, we have identified elite Indian players based on their credentials and third are the players who come in through the tryouts.

Q. What is advice to kids playing basketball as a hobby or a recreation on how to transition it into a sustainable career? And how do you feel your league gives them that opportunity?

When we look at the Pro Kabaddi League, which started only few years back, the players were getting 5k to 10k before the advent of the league. But now the same players are earning in crores. I am of the school of thought that things happen only if you give them enough time.

If you have basketball as a hobby, I urge you to keep playing it. I have myself seen the example of two Hyderabadi players who gave up basketball 10 years back and took to their family buisness, but because of this league they came back and now they want to continue doing it.

It’s my request to all the ballers in India who have a passion for the sport to keep playing it and try and get associated with the league. This way you can also get international exposure. FIBA has been organising an international platform known as the FIBA World Tour Masters, which is a great opportunity to showcase your talent in front of the best in the buisness. It’s only because of the World Tour Masters that Slovenian players are making around USD 500,000 a year out of endorsement deals. This is why we need to replicate such successful systems in our country for better results.

Q. What is the final goal for you regarding this league? At what point will you feel that you have achieved what you set out to?

Q. Since the better half of the first season has already been underway, how has the crowd support been for the league?

The people have been really kind to us and they have been showing up in large numbers. Last weekend while we were in Bangalore,  during the game we had a bit of a rain and the crowd went back. But surprisingly they came back in the same numbers once the rain subsidised and play was resumed. That is the biggest surprise we have had so far. Despite a half an hour interruption, around 500 people coming back to watch the game goes a long way in telling us about the kind of love that we have been getting.

Q. How do you plan to make the league accessible to more and more people in the future?

The entire concept of the 3BL is that we have been trying to bring the sport to the people than bring the people to the sport. We do our games in high traffic areas. 90 percent of the people that stop by to watch the game aren’t traditional fans of the sport or the players. They are regular people who are out in a mall for shopping or a movie and when they realise that there is a game happening and that too just a 10 min game, they are naturally attracted to it and now they are loving it. They are finding a team that they can cheer for.

Q. Just to cap off the interview, if you were to create a dream team for a 3×3 match, who would the players be that would you pick?

I would chose – LeBron James, Stephen Curry and Kevin Durant.