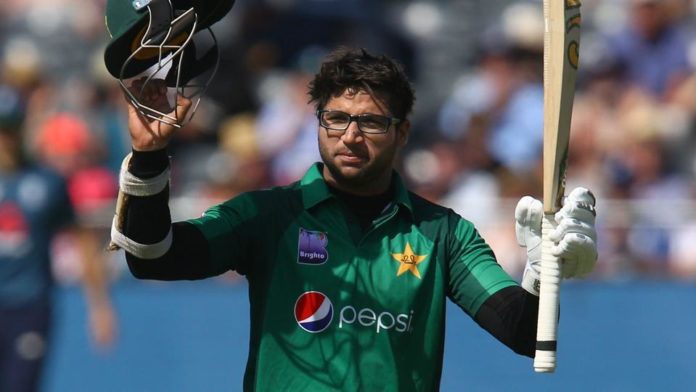 Pakistan opener Imam-ul-Haq broke a record set by Kapil Dev in ODI cricket, 36 years ago. Kapil Dev was the youngest player to score a knock of over 150 runs in ODI cricket. The Indian all-rounder was 24 years old when he achieved this feat. Kapil Dev had scored 175 runs in a 1983 World Cup match against Zimbabwe. After 36 years, when batting against the England side, 23-year old Imam-ul-Haq of Pakistan scored 151 runs off 131 balls.

This knock from the youngster took Pakistan to 359 for nine in their 50 overs. However, thanks to a ton from Jonny Bairstow, England completed the chase within 45 overs to take an unassailable lead of 2-0 in the 5-match ODI series.

The first match of this series was washed out on 8th May at the Kellington Oval in London. The third ODI that was played on Tuesday was played at Bristol. This stadium has smaller boundaries. These small boundaries were put to use effectively by Imam as his knock had 16 fours and a six.

Apart from the opener, no other batsman from Pakistan could make an impact with the willow. For England however, Chris Woakes was the pick of the bowlers as he got 4 scalps. Tom Curran took 2 wickets while Plunkett and David Willey took one scalp each.

In the second innings, England almost sealed the game with their opening stand itself. Openers Jason Roy and Jonny Bairstow came out firing at all cylinders, putting up a 159-run stand for the first wicket.

Bairstow was the top scorer for the hosts with 128 runs of 93 balls. Roy scored 76 runs off 55 balls. Stokes and Joe Root also contributed with the bat scoring 37 and 43 runs respectively. Moeen Ali remained unbeaten on 46 as England chased the target with relative ease, sparing 31 balls and 6 wickets.

Sachin Tendulkar finds similarity in his grip as a child – and that of Brian Lara’s son!

India vs Ireland: Virat Kohli reveals the surprise element that can...