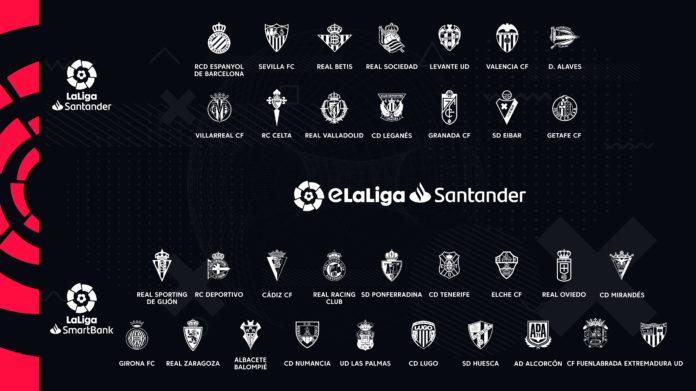 The third season of eLaLiga Santander, the official competition of the EA SPORTS TM FIFA 20 Global Series in Spain, has confirmed 33 clubs from LaLiga Santander and LaLiga SmartBank will participate. The firm commitment of LaLiga clubs to eSports shows its remarkable growth since the project first began in 2017/18, during which only 10 clubs participated, compared to last year’s 2018/19 season, where 17 clubs participated. 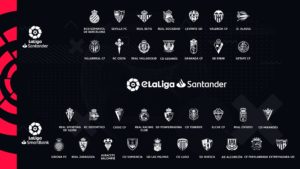 LaLiga, through its constant evolution and search for new opportunities in this sector as well as others, embarked on this new adventure together with Electronic Arts (EA Sports), holder of the official license of FIFA 20 Global Series in Spain, thanks to the collaboration between both entities that currently marks its third year with an updated image and name

The Association of Clubs decided to immerse themselves in the universe of esports two seasons ago with the aim of reaching a younger and more enthusiastic fanbase in the esports sector, adapting the elaborated contents and bringing together football values​​such as team spirit, improvement, integrity, transparency, authenticity, and evolution.

With a prize pool tallying €100,000, the 2019/20 season will have a great appeal for the fans, who will have the prestige of wearing the colors of a club in an official competition.

eLaLiga will kick-off in January with an online qualifying stage in which thousands of fans will compete to become part of a LaLiga Santander or LaLiga SmartBank club. In addition, as of today, all those fans who want to participate in eLaLiga Santander can now register to be part of the clubs participating in the competition who have opened the online qualifier, through the official website of the competition (http://www.elaliga.gg). This stage of online qualifiers will begin on January 11 and will continue until February 9. The website, in addition to having the utility of serving as a registration tool, will also be one of the sources to keep updated throughout the competition.

On February 15, Madrid will host the Kick Off tournament of the season in which the representatives of LaLiga Santander and LaLiga SmartBank clubs will compete to start accumulating points in the leaderboard. Over the following weeks, two online tournaments will be held in which players can register via the following website: http://www.elaliga.gg and participate in the fight to reach the the live Mid Season event, which will be held in Barcelona during the month of April.

eLaLiga Santander will come to an end in May after celebrating its third online tournament during the month of April. On May 9, Madrid will host the grand final of the official competition of EA SPORTS ™ FIFA 20 Global Series in Spain where the champion of the third season will be revealed.