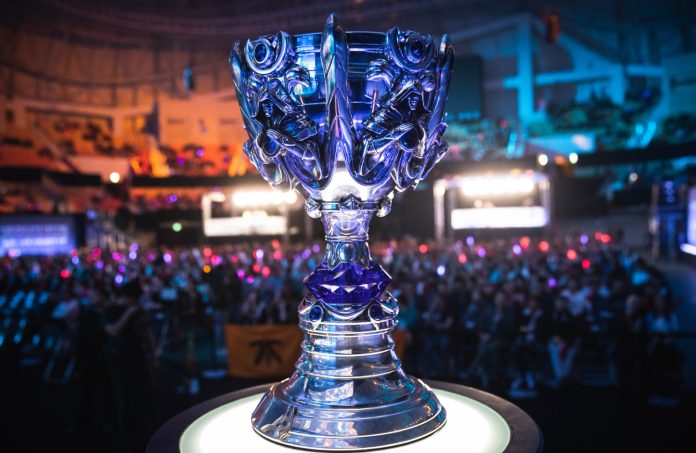 The 2022 League of Legends World Championship is set to be held across multiple cities of North America as Riot Games reveal their upcoming grand esports tournament to be a multi city tour, with the Finals taking place in San Francisco in early November. The tournament, titled “Worlds 2022”, will feature its Play-Ins in Mexico City, Group stages and Quarterfinals in New York City, Semifinals in Toronto, Canada, with the Finals, famed as the “Super Bowl of esports” will head for Chase Center, home of NBA side Golden State Warriors.

The official announcement for Worlds 2022 was made during a pre-game press conference before the Golden State Warriors vs. Toronto Raptors match at Chase Center,

This will mark Riot Games’ first time venture in both Mexico as well as Canada, with the Play-Ins taking place at the Liga Latinoamerica (LLA) competition arena while the semifinals heading for Scotiabank Arena, home of the Toronto Raptors. The group and quarterfinal stages will take place at the Hulu Theater at Madison Square Garden.

Chase Center, the venue for the Finals, is also the home for Golden Guardians, a team in LoL Esports’ North American league (LCS) and it will be the 10th unique arena to be hosting a Worlds Final.

“The momentum behind League of Legends Esports has only continued to grow since the last time we hosted Worlds in the U.S. in 2016. We’re thrilled to bring the full scale of our global sport back to North America, and, COVID permitting, welcome fans into the stands across three countries and four different cities,” Naz Aletaha, Global Head of LoL Esports stated, “Worlds is the showcase of the greatest of our sport, and we look forward to celebrating that with our fans in North America and across the world.”

“As a world-class entertainment venue, Chase Center is not only home to the Golden State Warriors and Golden Guardians, but also concerts, family shows, and now global esports events. We couldn’t be more thrilled to partner with Riot Games to bring Worlds back to North America in 2022, and to crown the next World Champion at Chase Center,” Executive Vice President, Basketball Operations at Golden State Warriors Kirk Lacob added.