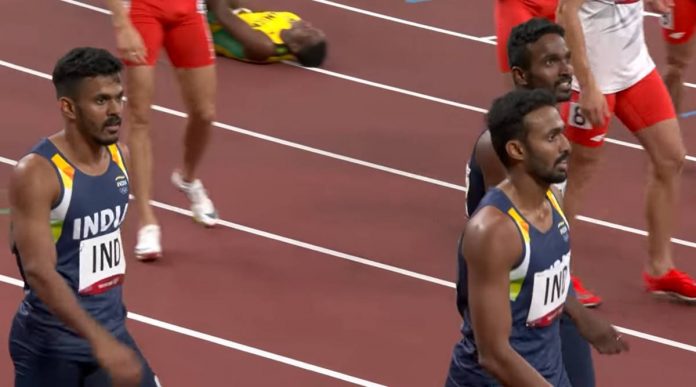 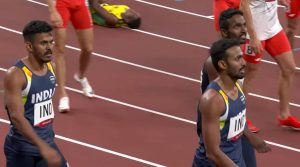 The performance was nothing short of extraordinary but unfortunately it was not enough for the team to qualify for the finals. Coached by Russian American Galina Bukharina, the team had barely any chances of going abroad and competing in any tournaments or championships. Due to the covid 19 situation not getting any better, and the social distancing rules and travel rules getting stricter by the day, the team had a tough time continuing their training.

Despite the challenges that the team faced, the men were able to break the record if not win a medal for the nation. Previously the fastest Asian record was held by Qatar’s team.

Right after the match was over, and the scores were displayed on the screen, the quartet fist-bumped each other. It was clear that the team was not dejected for not making it to the finals, but was happy about the results.

Coach Galina had nice things to say about the brightest of the quartet. She believes that he is a star in the making. To Galina, Amoj is still a kid who is fussy at times but he sure is talented.

After the record-breaking run the Tokyo 2020 India Twitter handle posted a video of the quartet.