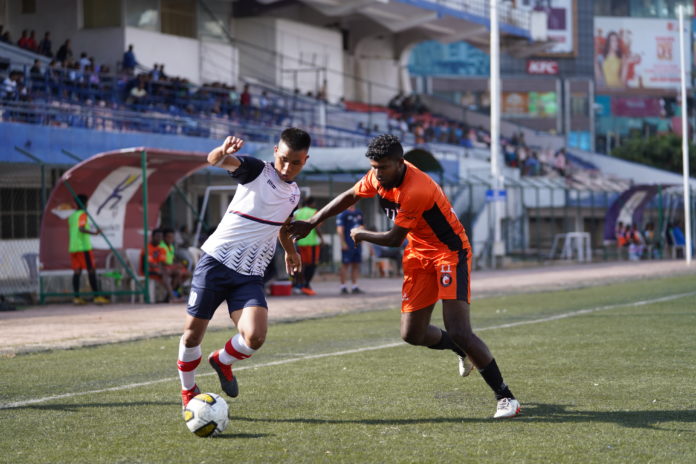 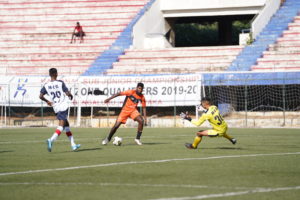 The fairly small audience at the Bangalore Football Stadium today were in for a spectacle as both Abhilash (37th Minute) and Magesh (92nd Minute) scored for SUFC while MEG were unable to convert any of their Goal-scoring Opportunities.

The game was initially well-controlled by MEG, with a fair amount of chances created by the MEG Winger Imnaakum, but as the game progressed, it was clear that SUFC was gaining the upper hand.

The deadlock was broken in the 37th Minute by the SUFC forward Abhilash through a pin-point pass by Rungsing. After the goal was scored, MEG started playing more cautiously and attempted to counter SUFC’s attack with a lot more stability. Their best chance came in the 43rd Minute when a free kick very close to the penalty box of SUFC nearly converted into a goal.

During the 2nd half, it became clear that though MEG played more aggressively, they were unable to retain possession and were easily beaten in SUFC’s counter-attacks, thanks to the energy and pace of the Winger-captain Aaron, midfielder Rungsing and the Full-backs Krishanu and Satish.

The biggest clash in the game saw a fight emerge between SUFC and MEG during the second-half, resulting in red cards for both SUFC’s Midfielder Alex and MEG’s Vinod

Magesh then made it even harder for MEG to equalise the game by scoring a well-fought goal through a incisive pass into the penalty box by the substitute David, thus settling the game in the 92nd minute.